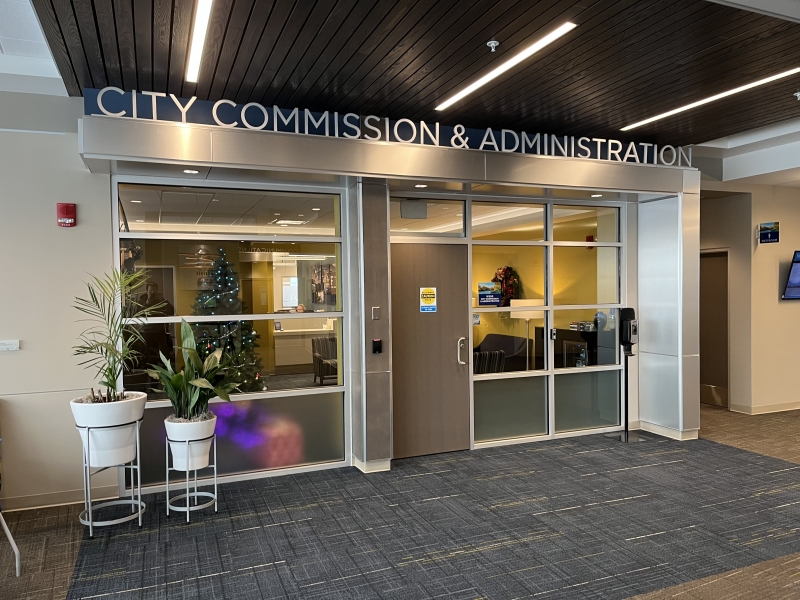 (Fargo, ND) -- Kember Anderson, Executive Assistant to the Fargo City Commission spoke with WDAY Radio about the department as a whole, their major roles and responsibilities, and other items the department is tasked with completing every day.

The City Commission is elected at large, meaning each of the five members represent all of the city instead of a specific ward or district. Commissioners serve up to four years when elected, and can serve up to three consecutive terms, in a part time capacity. Members who serve as the mayor, who is by proxy a member of Fargo's Commission, may serve an additional consecutive term. Each commissioner is then assigned departments to which they act as liaisons or representatives, bringing the issues and sharing the announcements in each department to the commission.

"We have a lot of responsibility with a lot of people's workload," said Anderson, "I schedule a lot of meetings, my day consists of a lot of scheduling... I am the keeper of the agenda items, I guess. Any items on the agenda - I have seen them before they went on."

You can watch each Fargo City Commission meeting by clicking here.

Besides scheduling meetings and agenda items, Anderson says the department works hard behind the scenes to ensure people's concerns are addressed, and the public knows of key events happening in the community.

Anderson says City Commission support staff are often tasked with answering questions from the public. She says, oftentimes, the questions are able to be addressed by various city departments. However, there are some things the Fargo City Commission cannot address from a government level.

"People don't understand what city government is," said Anderson, "The mayor can't pay your rent, he can't get you a mortgage, he can't get you a job, he can't help you with landlord issues... I think people have a misconception of what the Mayor and the City Commission do. Maybe that is something that we need to do more - be better at, to explain what their roles are."

Anderson says they often act as a sounding board for not only the City Commission members, but oftentimes for members of the public. She says this was especially the case during the pandemic regarding masking policies in the city. Nowadays, Anderson says this often applies to questions around garbage pick-up times, street plowing concerns, and pothole reports.

Another responsibility of the City Commission's support staff includes the writing and announcement of Fargo's Proclamations. The proclamations are for public awareness of specific events, for charitable fundraising campaigns, cultural celebrations, "extraordinary" achievements, and public awareness campaigns. Anderson says residents can request a proclamation, with the backing of a local organization or sponsor. A full list of requirements and restrictions for proclamations can be found here.

As it stands, Fargo's City Commission has five seats; four dedicated Commissioners and one Mayor. However, Anderson says this number may change in the coming years.

"I certainly think we will see an increase in growth within the City Government, and that could also mean an increase in the number of commissioners as well. I foresee the addition of one, if not two more commissioners, in the next ten to fifteen years," said Anderson.

Anderson says the potential addition of more commissioners has been discussed with current leadership, but is unlikely to move forward right now. She says more discussions can follow sometime in the next two to five years.

You can find more information on Fargo's City Commission by clicking here.