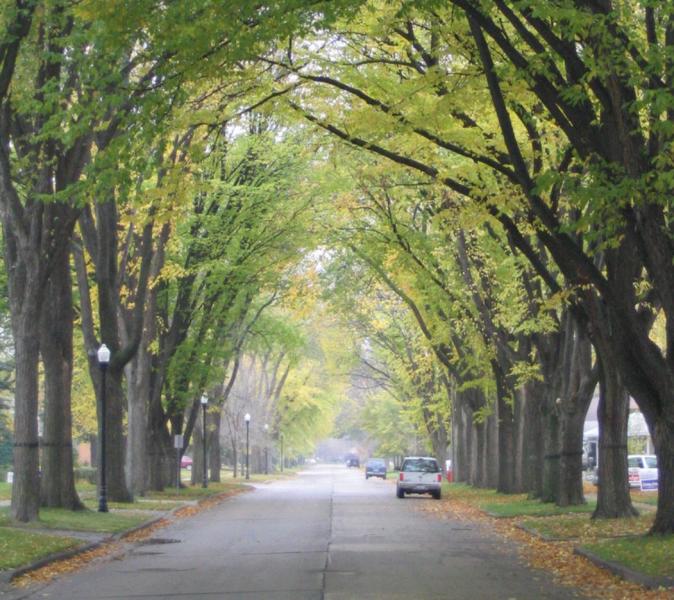 (Fargo, ND) -- Scott Liudah, Fargo's City Forester, spoke to WDAY Radio about the roles and responsibilities of the department, how they manage species trees across the city, and how they work to educate the public about trees in their neighborhoods.

The Forestry Department's primary goal is to manage over 60,000 trees across Fargo's right-of-way. The department tasks itself with tree care and maintenance, disease identification and prevention, removal and risk assessment of trees for public safety reasons, and answering city resident's questions. Their services are overwhelmingly done in publicly owned land that aren't in the city's parks, which are managed by Fargo's Park District. However; citizens can normally request tree inspections for various reasons, including plant disease or overall risk assessment for the health of the tree.

The Forestry Department says they prioritize public safety by ensuring streets and sidewalks are safe to use, especially following severe wind or winter storms. Forestry also works in tandem with local companies to prune, trim, shape, and possibly trees that have grown near power lines and other important infrastructure.

The Forestry Department has several proactive measures and ordinances in place to stop the spread of two types of tree based diseases. Two diseases in particular are a high-priority within Fargo, Dutch Elm and Emerald Ash Borer. These two diseases target the two biggest tree species within Fargo, Elm and Ash.

Liudahl says one of the best ways to address tree diseases is species diversity. At one point in time, Elm represented more than 40% of all trees in Fargo. Liudahl says a switch from Elm to Ash was an attempt to fight against the highly prevalent Dutch Elm disease. The disease was threatening nearly half of the city's trees in the 1970's. Officials replaced the fallen or removed Elm with Ash trees, replacing the formerly dominant species and representing 40% of a all trees across the city. Liudahl says the Forestry Department is now proactively working to reduce the number of Ash trees before Emerald Ash Borer makes its way to the Red River Valley.

The watch for Dutch Elm and Emerald Ash Borer disease leads to the department having some jurisdiction when it comes to firewood entering and leaving Fargo. Only one type of firewood is banned within the city, elm with bark still on the log. This is because these logs are great habitats for Elm Bark beetles, which often carry a fungus that causes Dutch Elm Disease in Elm trees. The department watches for Emerald Ash Borer by setting baited traps for the beetles, who's larvae destroy Ash tree's ability to transport nutrients and water effectively. Emerald Ash Borer is credited with the destruction of hundreds of millions of Ash trees across the U.S. That is why Liudahl says the department is frequently investigating and surveying the vulnerable population.

"About 2010 is when we really started to throw in our diversity and bring down our Ash population down because we didn't want another Elm situation..."said Liudahl, "The closest is probably Center Minnesota, Winnipeg for sure, Sioux Falls has been dealing with it for a couple of years, it's out west. It's around us, and we are kinda right there too. It's just a matter of when it is confirmed."

Liudahl says a lot of the work he does these days corresponds to the education aspect of Forestry. He speaks at local gatherings, clubs, schools, and other locations upon request, often saying it is one of the more important aspects of his job.

One of the ways the department shares information with the public is through an interactive map of the 60,000 trees across Fargo. Liudahl says often shares the map with residents who want to learn more about the trees in their neighborhood, but also uses it to keep track of tree species diversity city-wide. Other tools used by the Forestry department includes a Street Tree Photo Gallery, instructions on the Brush Recycling Program, Planting Permit instructions, and more.

You can learn more about Fargo's Forestry Department by clicking here.