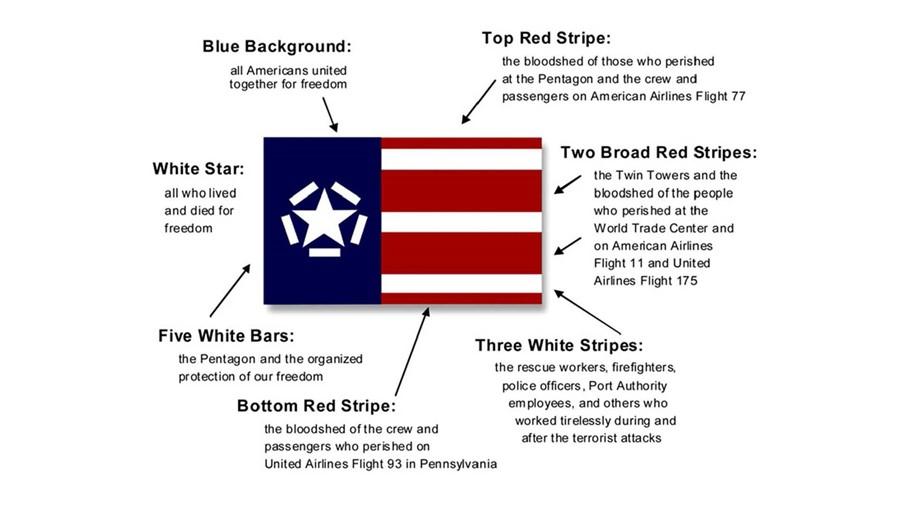 “What a feeling I had touching the World Trade Center steel. It was overwhelming, and I am so appreciative to be able to share this history, knowledge, and humanity with the students of Davies," said Loretta Wellentin, Social Studies instructor at Davies High School. "I was very honored on behalf of Davies High School to be asked to partner with this wonderful organization's mission to teach students about the magnitude of 9/11, but most importantly, I'm grateful for the opportunity to ensure that we will never forget those who lost their lives and those who responded heroically that day.” Wellentin, along with fellow Davies Social Studies instructor Bart Manson, have organized the Davies Freedom Flag Raising Ceremony.

The special flag raising ceremony, which takes place Friday at 9am includes:

The WTC Steel (a section of the exterior column that supported floors 92 through 95 on the east face of the WTC Tower 1) is on loan from the Freedom Flag Foundation for one year; the artifact will be used as a primary source in the classroom and then be placed in a display case at Davies High School for all to view.

Davies High School Social Studies department will promote students' understanding and appreciation of the unique heroes from the 9/11 attacks as represented by the American Freedom Flag throughout the school year.