Woman killed, man hurt in I-29 crash in Fargo 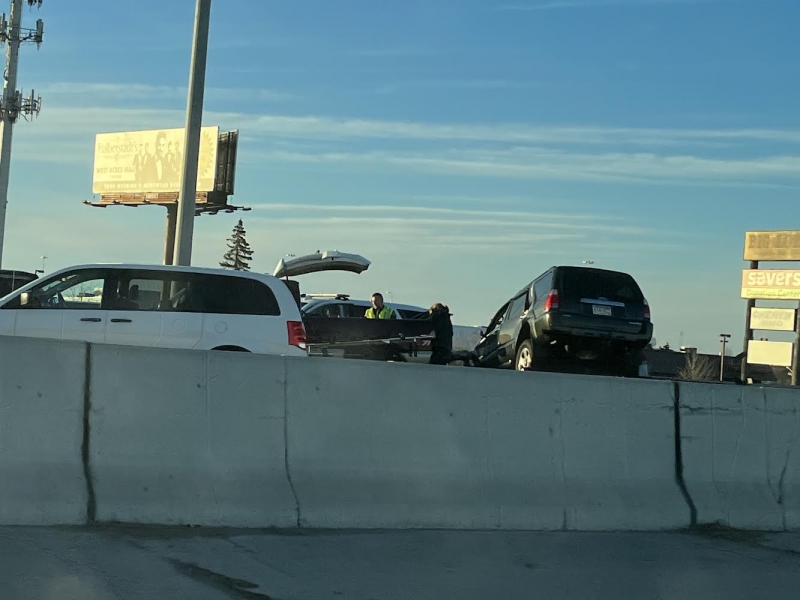 (Fargo, ND) -- A woman is dead, and a man suffered serious injuries after a puzzling crash off I-29 in Fargo Monday afternoon.

The North Dakota Highway Patrol says at approximately 3:00 p.m. a two-vehicle fatal crash occurred southbound on I-29 at the 17th Ave S overpass. The crash occurred in lane two of the four lane roadway.

After the initial collision, the Toyota came to rest on top of the trailer, facing west, upright. The pickup and trailer remained upright and came to rest across lane 2 and 3 of southbound I-29.

The 72-year-old male was transported to Sanford Hospital in Fargo for serious injuries. The 73-year-old female was pronounced dead on scene. The 22-year-old female driver of the Toyota was uninjured.

It is unknown why the Chevrolet was stopped and both occupants were standing in the lane of traffic. No other traffic was stopped in this area and we had no reports or evidence of a road blockage.

Southbound I-29 traffic was impacted for approximately 90 minutes, as only one southbound lane remained open to protect the safety of the first responders on scene.