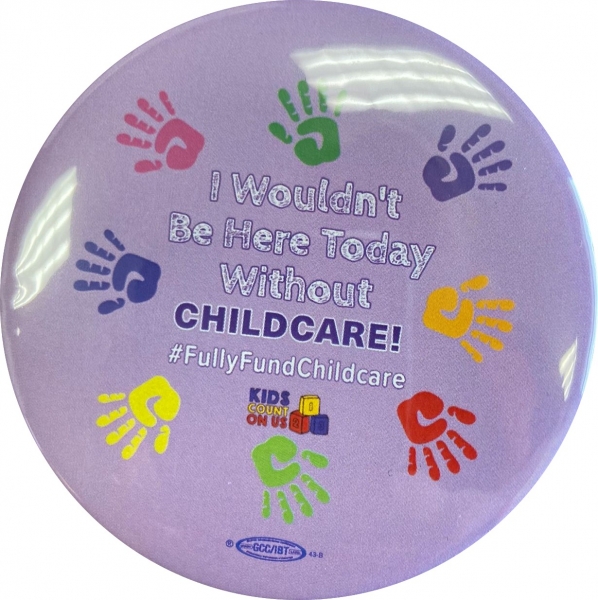 (Moorhead, MN) -- Monday is a special day for childcare workers not only in North Dakota and Minnesota, but across the country.

Across Minnesota, those who work in childcare will be wearing purple to highlight the number of people parents depend on every day so they can go to work.

This all a part of a national “A Day Without Childcare,” providers, teachers, and parents will be wearing purple buttons that call attention to the fact that if not for childcare workers, parents would be unable to be at their jobs. They are taking action to highlight the role childcare workers have played in keeping Minnesota open in the past two years, and to call for investment of the $9.3 Billion surplus into childcare.

As a result, those childcare providers, teachers, parents and the group 'Kids Count on Us' will be on-hand at several locations in Moorhead, including near Highway 10 and 34th Street, 8th Street and Main Avenue and near the Horbachers strip on 8th and 40th Street to show their support.

Similar gatherings are also being held in St. Paul and Rochester.

Tags:
Kids County on Us
Childcare
Moorhead
A Day Without Childcare