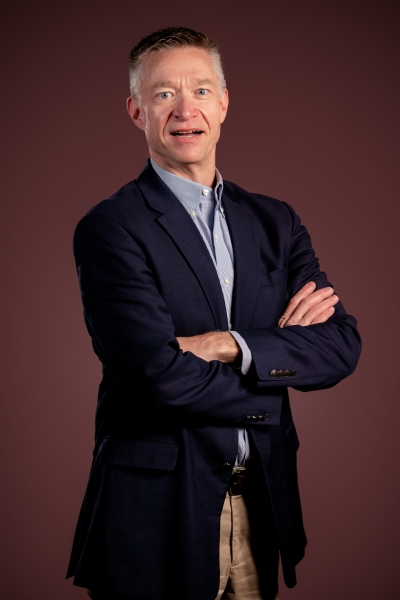 (Fargo, ND) -- A local private school has found their leader for the future.

On Tuesday, Oak Grove Lutheran School announced that Bob Otterson has been appointed as its 12th president. The school’s Board of Regents made the announcement following its spring meeting, with the appointment taking effect June 1st. Otterson has been serving as the school’s interim president since January.

Board of Regents chair Sherri Thomsen noted that Otterson’s 25 years of experience in higher education, his background in advancement and his four months as Oak Grove’s interim president appealed to the governing body.

“Mr. Otterson has shown the leadership style that we were told to expect from him — strategic, participatory, people-oriented, empowering, communicative and certainly forthright, to use one of his words,” Thomsen said. “His knowledge and expertise in advancement and focused leadership in education have been demonstrated in recent weeks at Oak Grove Lutheran School. The board has been energized by his work since January.”

Otterson previously served as the President and Chief Executive Officer of Lutheran Social Services of North Dakota and the Director of Philanthropy and Mission Innovation with the Eastern North Dakota Synod of the Evangelical Lutheran Church in America. His career in higher education has included positions as a university chief of staff, vice president for advancement, director of marketing and communications, and director of development.

Otterson is a CASE Laureate, a distinction recognizing outstanding volunteer leadership to the Council for Advancement and Support of Education, the preeminent organization for professionals in development, alumni relations, and marketing and communications at member institutions around the world. He was the recipient of the 2020 CASE District VI Distinguished Service Award. His work in marketing has received awards from six different professional organizations including CASE, the Public Relations Society in America and the International Association of Business Communicators.

“Oak Grove blends key components of who I am — my youth as a teachers’ kid, my career invested in education and my lifelong commitment to the Lutheran church,” Otterson said. “I look forward to continued interactions with students, faculty, staff, parents, alumni and the people who support faith-based learning in ways that build up Oak Grove and fulfill its mission.”

A native of Marshall, Minnesota, Otterson completed a bachelor’s degree in communications from Augustana University, a master’s degree in mass communication and journalism from South Dakota State University, and the course work for a doctorate in higher education administration from the University of South Dakota. He has been an active volunteer within communities and churches. He twice has been elected president of Lutheran congregations in neighboring states.

He and his wife, Lisa, live in Fargo. They are the parents of three adult children.