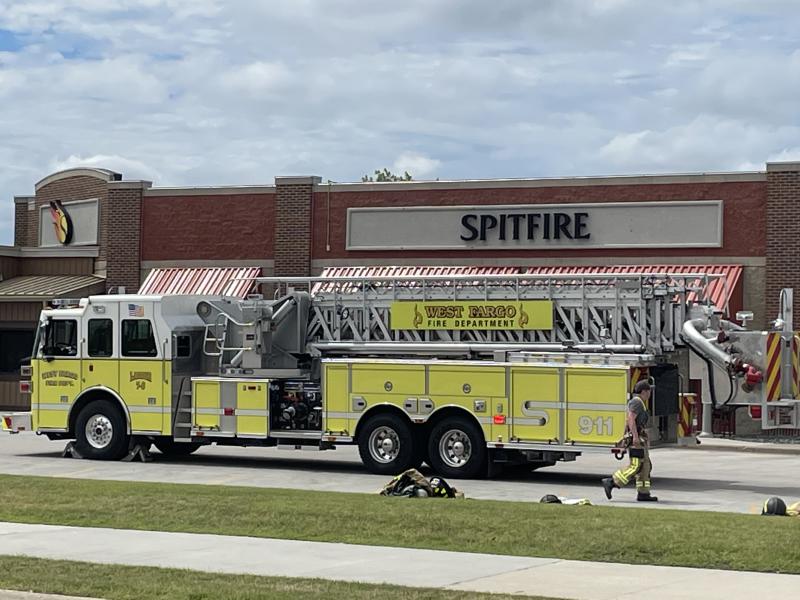 The West Fargo Fire Department tells WDAY Radio that at 11:50 a.m, crews were dispatched to Spitfire Bar & Grill for a structure fire. When they arrived on scene, flames were visible from the roof of the building, above the commercial kitchen space. Crews quickly knocked down and contained the fire.

The department says that flames appear to have started under a commercial grill and spread throughout the kitchen exhaust system.

The initial cause of the fire remains under investigation, with the cost of damages to be determined. There were no injuries to emergency personnel, staff, or patrons, though one Firefighter was treated for exhaustion.

Spitfire will remain closed for the remainder of the day. Officials say work is already underway to clean up the building, with the hope to reopen as soon as Sunday. The actual seating area was near free from damage, but smoke damage in the kitchen area and a hole in the roof where West Fargo Fire worked need to be taken care of.

"It actually really helped that the staff knew what to do and helped get everyone out of the building before we got here", said Battalion Chief Joey Porter. "So we thank them for that. Hopefully they can reopen soon."