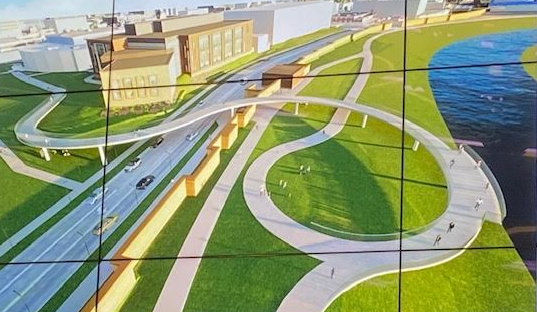 (Fargo, ND) -- A proposed pedestrian bridge over 2nd Avenue North in downtown Fargo could come with a price tag ranging from $6 million to roughly $11 million.

"If there is a $3 million up front dollar amount and it's a $2.4 million grant and a six hundred thousand dollar local match, yet the project could conceivably cost $10 [million] to $12 million, how would this get budgeted?" asked Commissioner John Strand, during an informational meeting of the Fargo City Commission Wednesday afternoon

The bridge would run from city hall, over 2nd Avenue North, to the Fargo side of the Red River. The city has already received $2.4 million in federal grant funding for the project, with a local match of six hundred thousand dollars. The design firm involved in the project showed renderings of 6 different options for the project. The project could be put out for bid in 14 months.

The next steps for the city include choosing a design and securing additional funding.