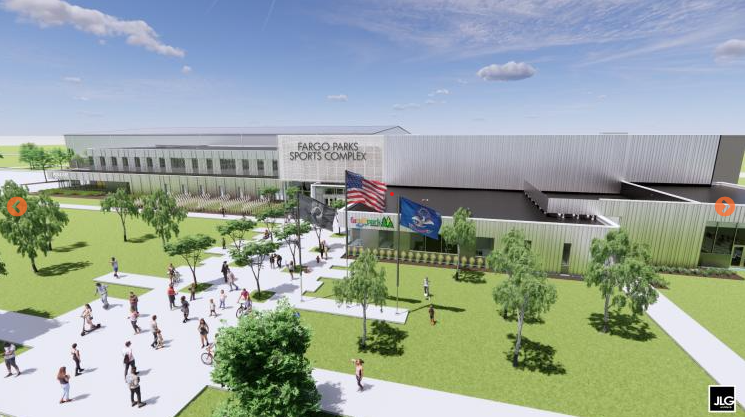 (Fargo, ND) -- A Fargo Parks District board member is giving an update on the massive new sports complex in South Fargo now under construction.

"Phase I is under construction. So in addition to the turf will be four hard courts. We'll call them basketball courts and you can use them for volleyball as well. Then there are some community rooms and party rooms in addition to that. The original phase also included one sheet of ice," said recently elected district board member Aaron Hill.

Hill says the price tag for phase one of the project is $74 million. A possible phase two of the project now under consideration would come at an additional cost of $44 million. Hill says phase two could include four more hard courts, two sheets of ice, and 6 pickle ball courts.

Phase I of the project is expected to open in May of 2024.

Hill shared the update while appearing on The Jay Thomas Show.