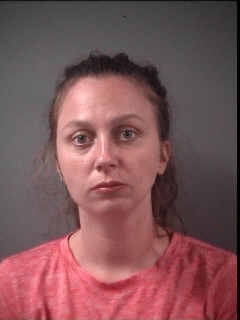 (Grand Forks, ND) -- A Grand Forks women is in custody after stabbing her mother during a disagreement.

Grand Forks Police tell WDAY Radio the incident happened around 12:58 a.m. Wednesday morning. Officers were initially called to an apartment complex in the 800 block of 18th avenue south for reports of a domestic disturbance.

When authorities arrived, they found the mother, identified as 61-year-old Robin Hendrickson, with several lacerations and a puncture wound.

Officers say an argument between Hendrickson and her daughter, Jenna Woinarowicz, escalated after Hendrickson decided to leave the apartment. That's when Woinarowicz attacked her with a sharp object.

The 28-year-old was found shortly after and arrested for Attempted murder, aggravated assault and Interfering with a telephone during and emergency call.

Henrickson was taken to Altru Hospital, and is believed to have suffered only non-life threatening injuries.

The incident does remain under investigation.