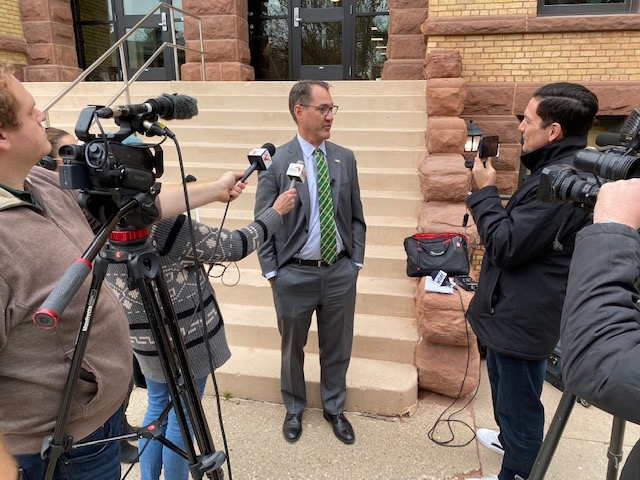 (Fargo, ND) -- Even Bison football is "on the table" for review as NDSU President David Cook issues a warning about budget cuts.

"We've got some tough financial issues that we're dealing with because of some enrollment challenges that have sort of been slowly happening over time and so I think the time is right to do some hard things," said Cook.

Cook says declining enrollment is contributing to the financial crunch. This year alone, enrollment is down by almost 220 students. Between now and 2025, the university will lose $10.5 million in state funding, based on a formula which uses student credit hours to determine how much money the university receives from the state. Cook is not yet providing specifics on which programs will face cuts, but is expected to come up with a plan by January.

"We are certainly you know putting everything on the table and that's what we're going to be studying between today and January, and I think we have to look under every rock and look at ourselves in the mirror and think about what we need to stop doing so that's absolutely part of it," said Cook.