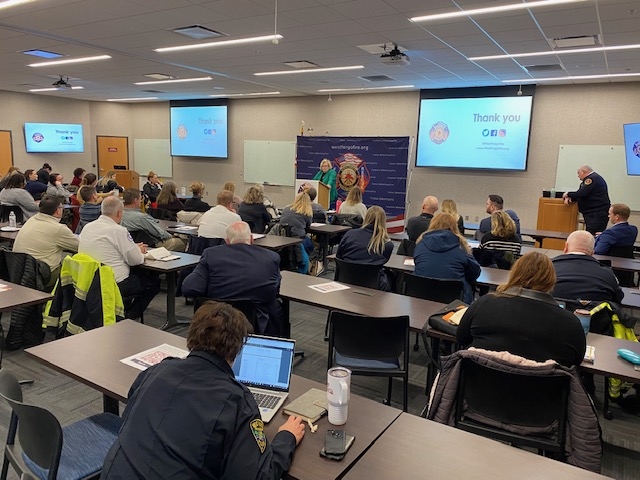 "The one thing that is going to end up swamping fire departments services and emergency medical services is the increase in seniors, you know nationwide. We're heading for the point where there's going to be more people over the age of 65 in the state of North Dakota than there is 18 to younger enrolled in the school system. That's a big warning sign to us that these people are going to need help," said Fire Chief Dan Fuller.

Fuller is talking about the "West Fargo Fire Department Community Health Alliance". He says the program aims to link seniors who might need basic support and services, with private sector providers. Fuller says those services are funded through Medicare and Medicaid. The goal is to minimize the number of calls a limited fire staff has to respond to, such as when a senior falls, or when a senior needs help with a non-emergency situation.

Fuller and other staffers from the fire department, along with first responders from Moorhead, gathered at West Fargo City Hall Wednesday morning to learn more about the new initiative.  The program is modeled after a similar initiative in St.Louis Park, Minnesota.