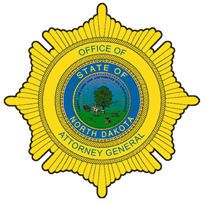 (Bismarck, ND) -- Both of North Dakota's Senators are on board with North Dakota Attorney General Wayne Stenehjem filing a lawsuit against the Biden Administration’s continued cancelation of oil and gas leases on federal lands and its impact on state and private mineral owners:

“In addition to being a foolish idea, President Biden’s moratorium on oil and gas leasing on public lands is illegal," said Senator Kevin Cramer. "It increases federal and state budget shortfalls, hampers state and private mineral owners’ rights, and makes the United States less energy independent and more reliant on foreign producers who are not all good actors like Russia, Saudi Arabia, or Venezuela. I support Attorney General Stenehjem’s effort in court, applaud him for standing up for North Dakota, and stand ready to help in any way I can.”

“The Biden administration’s moratorium on new oil and gas leases creates uncertainty for our energy producers and unnecessarily burdens our nation, increasing our reliance on foreign energy imports from countries with lower environmental standards,” said Senator John Hoeven. “We appreciate Attorney General Stenehjem’s efforts to ensure this moratorium is permanently overturned, and will continue working to ensure that energy leases on federal land continue. These leases are an important source of revenue for all levels of government, support a stronger economy and good jobs and help ensure our nation remains energy independent.”

This follows a federal court decision last month to block the moratorium as the matter moves forward. In response to the court decision, Hoeven and a group of his Senate colleagues pressed Interior Secretary Debra Haaland to move forward all postponed and future sales for onshore oil and gas leases impacted by the leasing ban.