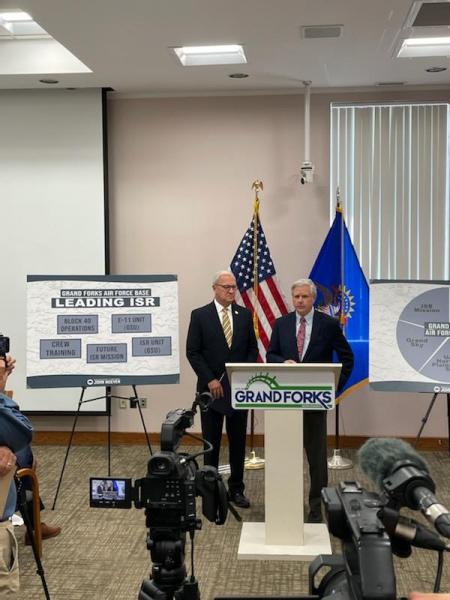 (Grand Forks, ND) — Senators Kevin Cramer (R-ND) and John Hoeven (R-ND) were on hand today at the Grand Forks City Hall for a big announcement. The announcement had to do with the future of the Grand Forks Air Force Base, home of the 319th Reconnaissance Wing, headquartered at the base. North Dakota Lieutenant Governor Brent Sanford, UND President Dr. Andrew Armacost and Grand Forks Mayor Brandon Bochenski joined the Senators for the announcement.

According to a press release from the United States Air Force, Secretary of the Air Force Frank Kendall approved the plan, which will provide the construction and renovations necessary to enable the 319th Reconnaissance Wing to develop and train crews in support of future Intelligence Surveillance Reconnaissance missions.

“This is a big deal, certainly, for Grand Forks Air Force Base,” Senator John Hoeven said. “We will continue to have a growing ISR (Intelligence, Surveillance, Reconnaissance) mission.”

Combined with the Low Earth Orbit Satellite mission, Grand Sky Technology Park, UAS Test Site and the Customs and Border Protection responsibility, growth is in store for the Air Base in multiple ways, he said.

Senator Kevin Cramer reflected on the leadership of the base and the city.

“What’s happening today, what the Air Force is announcing today, is really a testament,” he said. “It’s a testament to the leadership in this community and this base.”

Colonel Timothy Curry, current Commander of the Grand Forks Air Force Base, says the announcement is a “fantastic opportunity.”

“We’ve led, historically, with the capabilities that we’ve had, because of the expertise, skill and aptitude of our airmen,” Curry said.

U-N-D President Dr. Andrew Armacost, a General in the Air Force, says the announcement signals a ‘long term future’ for the base.

As the top leader in Grand Forks, Bochenski says the announcement ends any skeptical discussion about the base’s future.

“We’ve been looking at how do we save the base,” he said. “Today was just a phenomenal announcement, and it’s a glimpse into the future, and Grand Forks is a big part of it.

The Department of the Air Force says infrastructure planning will be conducted in 2022, with construction and renovation slated to begin in 2023. 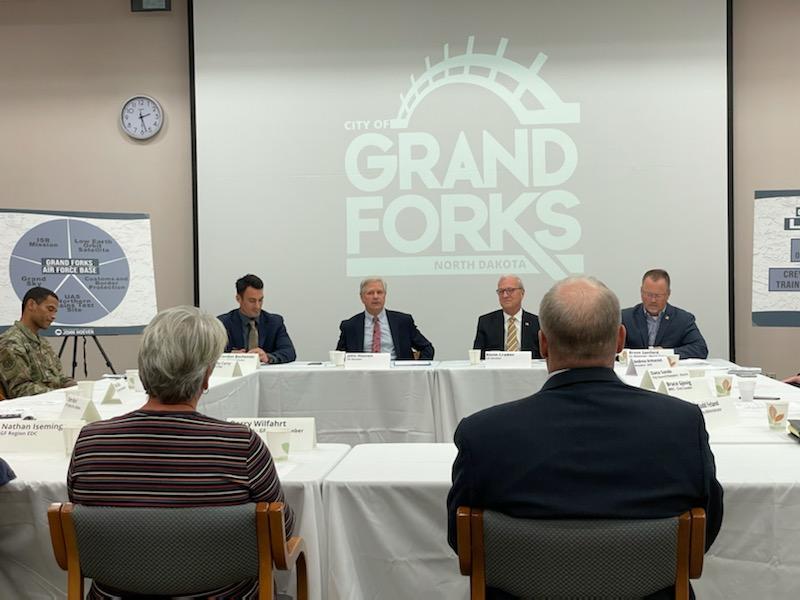