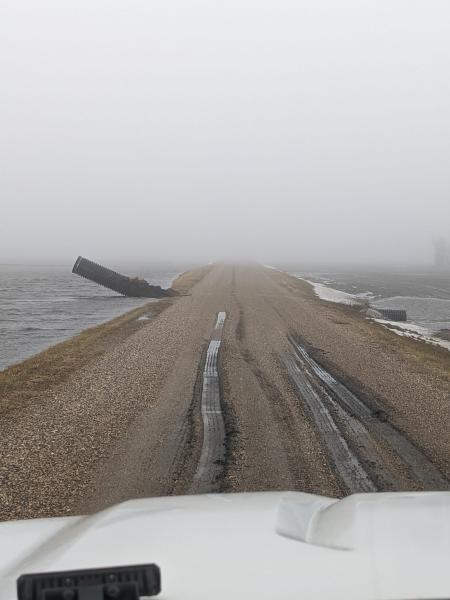 Steele County Sheriff Wayne Beckman said the area has received 4 inches of rain in the past two days – on top of the existing snowpack – with more rain in the forecast.

“We have water running across our state highways and county and township roads in various spots, and numerous roads are flooded or blocked,” Beckman said. “We want people to stay off the roads. Things are changing quickly. A road that was fine a half-hour ago may not be fine now.”

Beckman also issued a reminder that it’s never safe to drive into flooded areas. “The water might look passable, but you never know the depth – and the road might be washed out underneath it,” Beckman added.

To the east, in Traill County, Sheriff Steve Hunt said Saturday that recent rain and thuderstorm, combined with last weekend's snow, have caused the county to experience "extensive overland flooding."

Hunt says there are a number of roads that are under water, or have had culverts or sections of road washed out.

Additionally, rivers in the area have risen considerably Saturday.

The Goose River, at Hillsboro, rose nearly three feet in nine hours on Saturday, with the river expecting to cross into minor flood stage later Saturday, and into moderate flood stage at around 7 a.m. Sunday, before cresting a half-foot under major flood stage, at 15.5 feet at 7 p.m. Monday night. 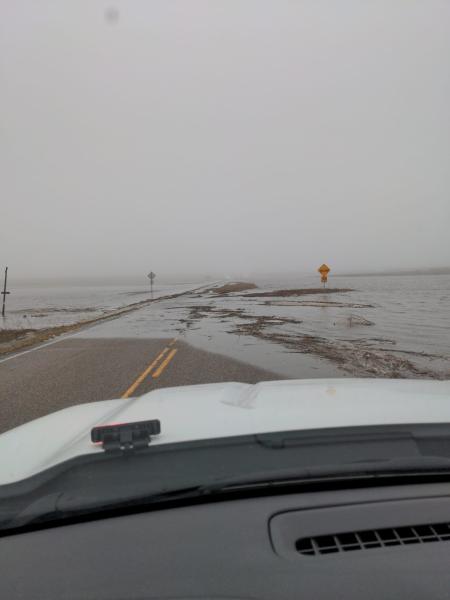 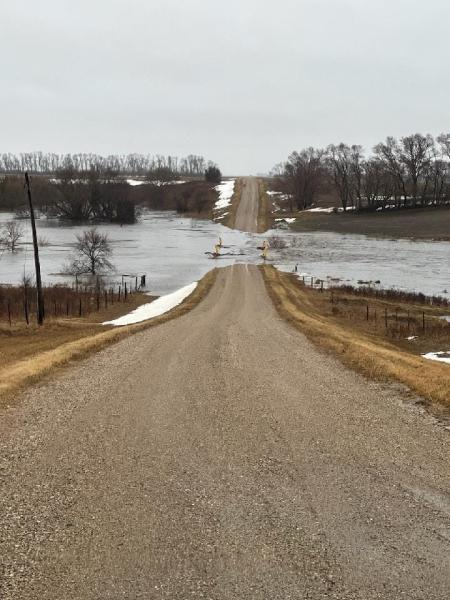