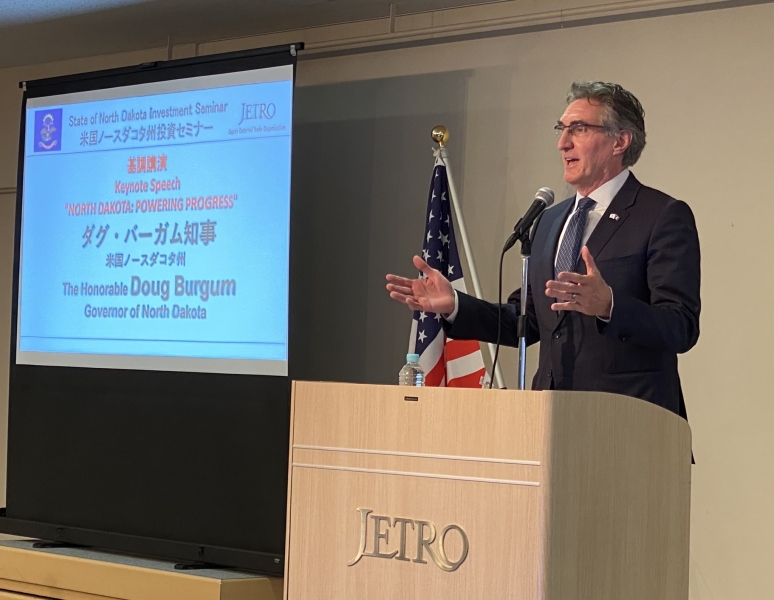 “Japan is an important trade partner for North Dakota and a key strategic ally for our nation. This trade and investment mission aims to strengthen that relationship and support our citizens by identifying new markets for North Dakota products and attracting investment and jobs to our state in a variety of sectors including agriculture, energy and technology,” Burgum said in a statement released to WDAY Radio. “We are grateful to our Japanese hosts for the opportunity to share all that our state has to offer and work toward agreements that benefit all of our citizens.”

While Japan covers an area roughly the size of North Dakota and South Dakota combined, its population of 125 million people is 75 times larger than the total population of the two states. North Dakota’s exports to Japan totaled $40.1 million in 2021, making it one of the state’s Top 10 export markets.

Japan was the fourth-largest U.S. export market in 2021 and the largest source of foreign direct investment in the U.S. in 2020, investing $679 billion and supporting over 973,800 jobs.