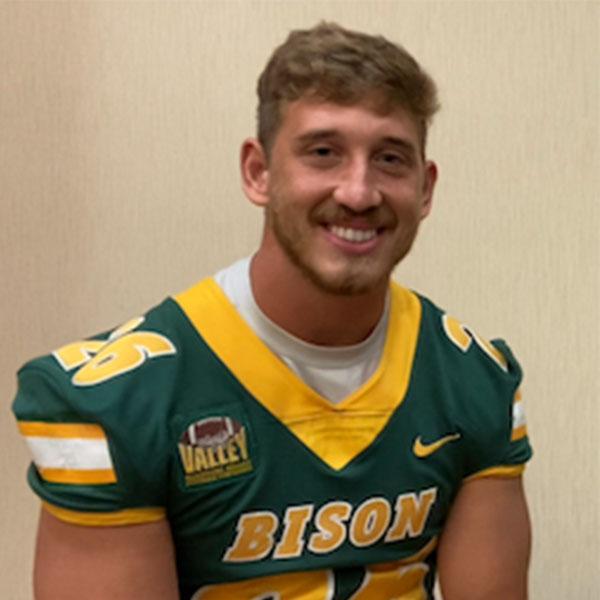 On Monday, Sept. 19, Allstate and the American Football Coaches Association (AFCA) announced the final roster for the 31st Allstate AFCA Good Works Team. It recognizes 22 college football student-athletes and an honorary head coach for their tremendous contributions to the community.

North Dakota State University linebacker James Kaczor was one of the 22 student-athletes named to the Good Works Team. The team recognizes 11 players from the Football Bowl Subdivision (FBS) and 11 from the Football Championship Subdivision (FCS), Division II, Division III, AND NAIA for their outstanding leadership in their local communities and commitment to giving back.

Kaczor has participated in activities including packing meals for Feed My Starving Children, supporting low-income families and children utilizing the Charism food pantry, assisting with children’s ministry at River City Church, and serving on the leadership team of Fellowship of Christian Athletes at NDSU.

Two-time national champion, Heisman Trophy winner and 2009 Allstate AFCA Good Works Team Member said, “For 31 years, the Allstate AFCA Good Works Team has reminded us how to use our position in life, whatever that may be, to lift up those around us.” He continued, “there are so many players across all levels of the game who use their platforms for good, and it is an inspiration to see the variety of ways these young men choose to help make our society better.”