How Much Rain Are We Expecting Mid-Week... Labor Day Weekend Dry or Wet? 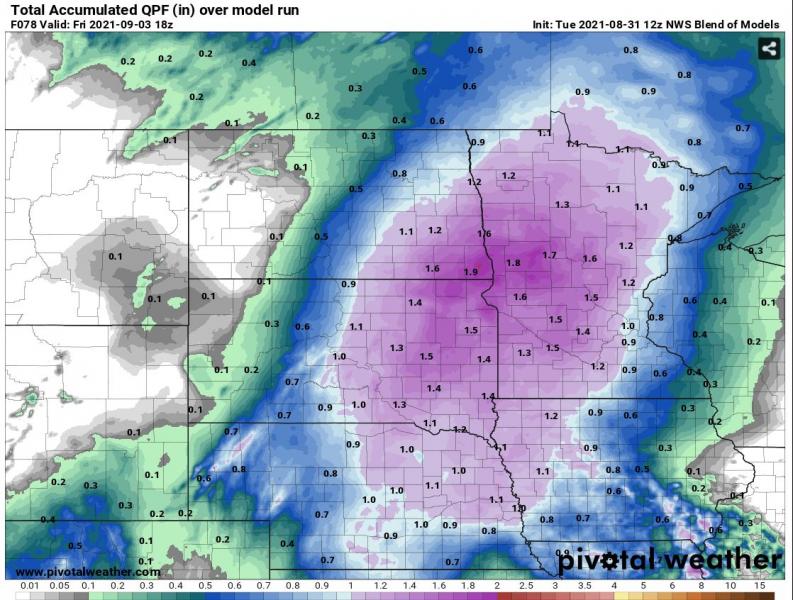 We will experience very nice weather through Wednesday afternoon with temperatures in the low 80's and mostly sunny conditions. light winds for Tuesday and more wind on Wednesday with gusts up to 30 mph.

Rain is still expected in the evening of Wednesday. One or two storms could be on the strong to severe side but that looks to remain just to our west and south... main concerns are strong winds. (See bottom attached image...SPC convective outlook for Wednesday). Showers and embedded thundershowers/storms will track through the overnight hours and stretch through the day of Thursday with temperatures in the lower 70's with southernly winds between 10-20 mph gusting to 30 mph.

How much rain are we expecting from this rain event?

My original forecast said .5 - 1.0 inches of rain is now being modified to around .75 - 1.5 inches of rain likely across most of the valley with increasing confidence in the coverage of showers. We could see more than that here in Fargo if enough thundershowers push overhead... and it's likely areas around us will. Amounts closer to 2+ inches.

Could that amount change?

It could if the heat dome to or south weakens... the system then could push a little further south lowering our rainfall back down to .5-1.0 inches.

What about the holiday weekend?

The weather still looks like it could be split. Friday looks nice with partly cloudy skies and temps in the 70's. As mentioned in the previous post were monitoring two upper-level disturbances. The first comes on Saturday. I wouldn't call the day a washout at this point though. The upper-level wave doesn't look the most impressive in my opinion but, we could still see some scattered showers. Confidence remains low on this but if it were to play out... it looks to be morning scattered showers, then a slight chance for some isolated showers in the afternoon. The second wave comes into the area later in the day on Monday. This wave looks better and could also bring some showers and thunderstorms to the area.

Will the timing on these, and those affected change?

More than likely... we will just have to wait and see how the waves track through the middle of the week to obtain more confidence on the chance and timing of the possible showers. 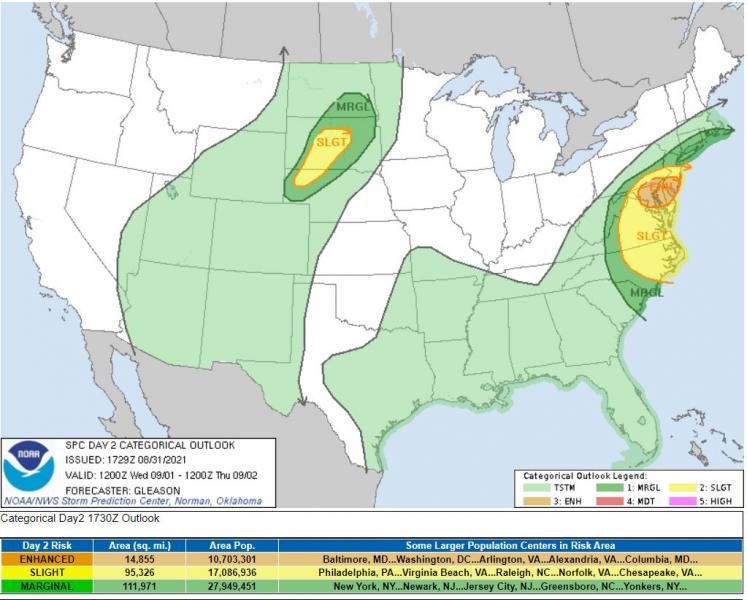