First Week of October... New LRC Setting UP!? Is The Cold Coming? 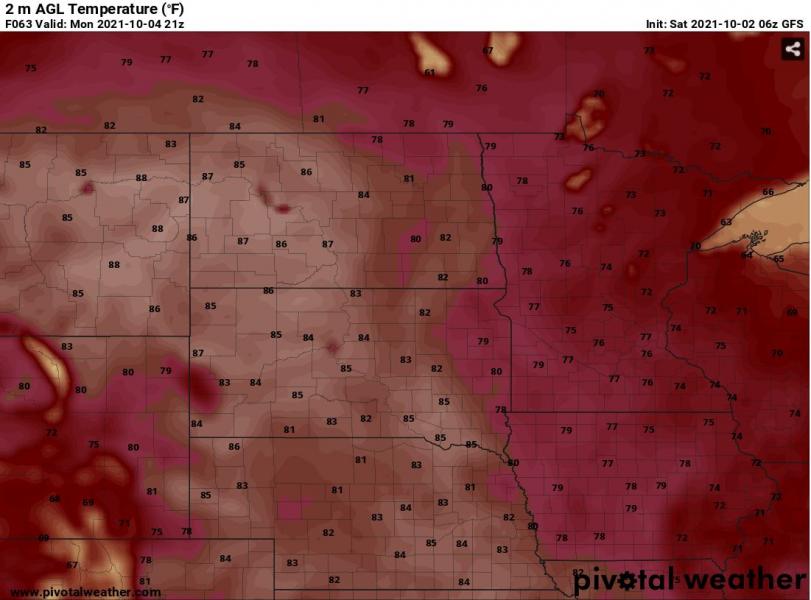 We're already in October, isn't that hard to believe!? It seems like just yesterday I was out on the lake enjoying one of our many great weekends... now I'm picking out pumpkins and getting ready for the coming winter. But that doesn't mean the above average temperatures aren't still here!

The summer was one of the warmer and dryer summers we have had on record, and although the bulk of the summer was dry we are slowly catching up on precip. Through September we racked up a little more than a half of an inch more rain than we usually get on average. We picked up 2.76" of rain in September, we are however still behind. Since January 1st we on average pick up 20.0" of rain / melted snow equivalence. So far we are only at 13.39" so we still have a ways to go. Not that it will help much at this point but it is good for the ground to recover for the upcoming year!

As mentioned above, just because we're in fall now, doesn't mean we won't still see some summer like weather. We will see above-average temps through our weekend and upcoming week. However, it does look like cooler weather is just around the corner... ill touch on this later on.

The first weekend of October.

Short and sweet this first weekend of October Looks near perfect in my opinion! That is if you're in North Dakota... Minnesota's weekend will be split and that's due to a lot of cloud cover and scattered showers for today ( Sat. 10/2/21 ).

Across North Dakota there will be plenty of sunshine with temperatures ranging from the low 70's to the low 80's. Within the Red River Valley, the temperature will be in the Lower to mid 70's and that's due to a layer of cloud cover slowly moving eastward into MN. Here in Fargo/Moorhead clouds will be on the decrease leading into a nice afternoon with clearing skies along with light winds.

Tonight most of ND and western MN will remain mostly clear and winds will remain light. With light winds and no blanket of clouds, temperatures will drop off rather quickly into the 40's, while in central and eastern MN cloud cover will help insulate the warmth with lows in the 50's to low 60's.

Another near-perfect day for Sunday, winds again remain light with plenty of sun! Temperatures will be in the 70's for most of the tri-state area.

Saturday: A high of 73* Decreasing clouds through the day with light winds from the NNW between 5-15 mph.

Sunday: Plenty of sunshine, light northerly winds between 5-10, a high temp near 75*

The first week of October.

The above average temperatures will continue through our upcoming "workweek" with highs ranging from the mid 70's to the low 80's. A lot of sunshine is expected with the wind picking back up on Wednesday. For reference, average high temperatures for the first week of October are around 64-61 degrees. This week looks mostly dry with the next chance for precip coming at the end of the week and weekend.

After the first week of October, it looks like things are going to feel a little more like normal for next weekend and forward... Temperatures will be more close to average with a more active weather pattern immerging. I do think will be able to pull out a couple of low 70's though.

What does that mean? Well in short with a more active weather pattern we would expect more chances for precip and breezier conditions. We're still monitoring the potential for a cool spill towards the middle and end of October. Hopefully, this doesn't relate to snow and I don't think it will but... it has snowed 3 years in a row around that time in October. Will history repeat its self? It is too soon to say for sure.

What is the LRC? Check out related LRC articles on our website, simply search LRC and several great short articles will pop up about what it is, including a podcast with the creator Gary Lezak. In short starting around Tuesday October 5th, 2021 a new large scale weather pattern will set up. This new unique weather pattern will then repeat its self after 30-60 days. Using this recurring cycle forecasting technique we will be able to have great accuracy within our long-range forecast including cold snaps, large-scale storm systems, and heat waves...etc for the coming year. We however, won't know how long this new cycle is until the pattern recycles. last year's cycle was 46 days and this new cycle just now beginning to set up could be as short as 30 days or as long as 60. We will just have to patiently wait for it to do its thing. Attached below is what the upper-level flow is forecasted to be on 10/5/21. We will monitor these maps daily and watch very carefully what happens between the 5th of October and when this pattern occurs again. Right now the first part of this pattern looks more active as stated above with a cool spill of air.

What does that mean with regard to the LRC?

Well in short let's say the pattern is 46 days again like last year for example, and the first 3 weeks of this pattern are wet and cool followed by a cold snap of air. We would then expect something similar to that to happen 46 days later... to put it in simple terms.

If this active weather pattern for the middle of October verifies it would be promising for our upcoming winter, snow wise. This doesn't necessarily mean we will have "a lot of snow" but it would be a good sign for more chances for snow and in return would add up...only time will tell! 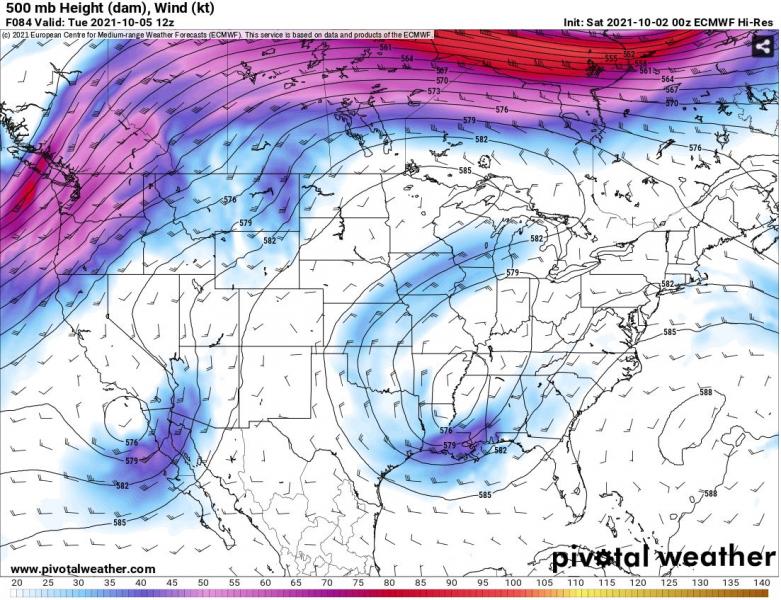