A Change In The Weather! How Will This Affect Our Winter? The LRC. 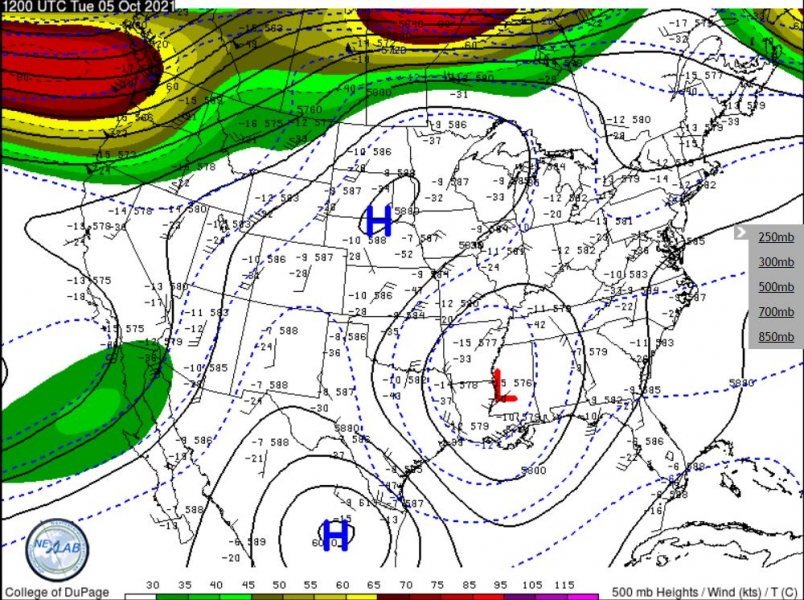 Above-average temperatures will continue through our upcoming "workweek" with highs ranging from the mid 70's to the low 80's. A lot of sunshine is expected with breezy conditions. This week looks mostly dry with the next chance for rain coming at the end of the week and weekend. For reference, average high temperatures for the first week of October are around 63-61 degrees. We will be about 15 degrees above average!

Wednesday: Mostly sunny and breezy. Southernly winds between 10-25 mph with a high of 80.

Wednesday night: Breezy conditions continue with the temperature gradually cooling to a low of 57 with clear skies. A little patchy fog will be possible near and around lake country MN.

Thursday: Sunshine will stretch through today with a high near 79. Breezy conditions from the south between 10-25 mph.

Thursday night: Partly cloudy with a low near 58. Southeast winds between 10-20 mph. Some patchy fog is possible in lakes country and southern RRV.

Friday: Partly cloudy with a 30% chance for a couple of scattered showers... mostly to the northwest and north. A high near 78 with southernly winds between 10-20 mph.

Saturday: Scattered showers likely through most of the day, breezy with a high in the mid 60's

Sunday: A slight chance for a few leftover showers in the morning then improving conditions with a high in the lower to mid 60's.

After the first week of October, it looks like things are going to feel a little more like normal for next week and forward. Temperatures will be more seasonable and closer to average with a more active weather pattern immerging. I do however think will be able to pull out a couple of low 70's though through next week.

What does this mean?

Well in short with a more active weather pattern we would see more chances for precipitation and breezier conditions. We're still monitoring the potential for a cool spill towards the middle and end of October. Hopefully, this doesn't relate to snow and I don't think it will but... it has snowed three years in a row around that time in October. Will history repeat its self? It is too soon to say for sure.

What is the LRC? Check out related LRC articles on our website, simply search LRC and several great short articles will pop up about what it is, including a podcast with the creator Gary Lezak. In short starting around Tuesday, October 5th, 2021 a new large-scale weather pattern will be setting up. This new unique weather pattern will then repeat its self after 30-60 days. Using this recurring cycle forecasting technique we will be able to have great accuracy within our long-range forecast including cold snaps, large-scale storm systems, and heat waves...etc for the coming year. We, however, won't know how long this new cycle is until the pattern recycles. Last year's cycle was 46 days and this new cycle just now beginning to set up could be as short as 30 days or as long as 60. We will just have to patiently wait for it to do its thing.

Attached above is what the upper-level flow is today 10/5/21, and below is what is forecasted for tomorrow 10/6/21. We will monitor these maps daily and watch very carefully what happens between the 5th of October and when this pattern occurs again. Right now the first part of this pattern looks more active as stated above with 3 potential large-scale systems, along with a cool spill of air towards the back half/last week of October. The first large-scale system will arrive this Saturday, the second likely the middle of next week. The 3rd potential system would come in sometime around the end of the 3rd week of October.

What does that mean regarding the LRC and our winter/spring?

Well in short let's say the pattern is 46 days again like last year for example, and the first 3 weeks of this pattern are wet and cool followed by a cold snap of air. We would then expect something similar to that to happen 46 days later... to put it in simple terms.

If this active weather pattern forecasted for the middle of October verifies, it would be promising for our upcoming winter, snow-wise. This doesn't mean we will have "a lot of snow" but it would be a good sign for more chances for snow and in return, that would add up.

There is a chance that the first part of the new LRC could be active and the rest could be nonactive (dry). If that were to play out most of our snow would come at the beginning of each cycle following dry weather... Only time will tell. Let us just hope for a prolonged active pattern to immerge for all of us snow lovers! 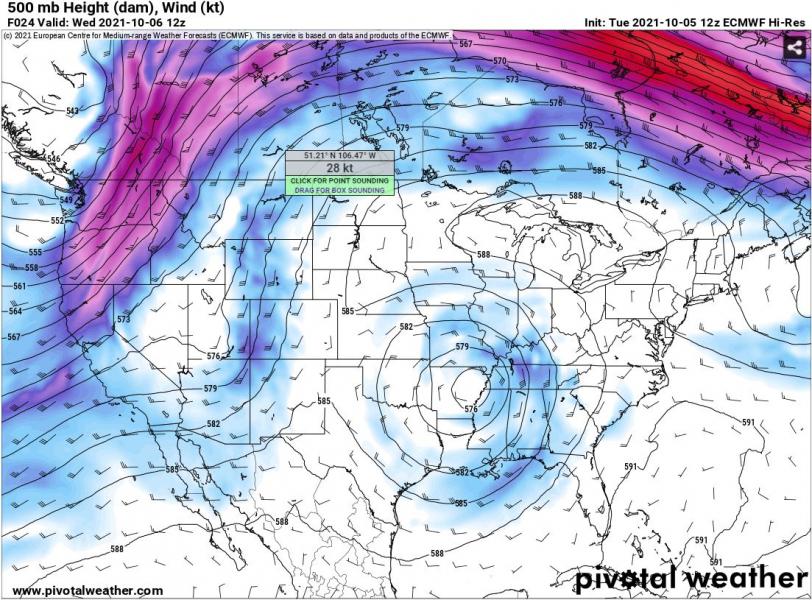