Warm Start To December. When Will It Snow? Update On The LRC! 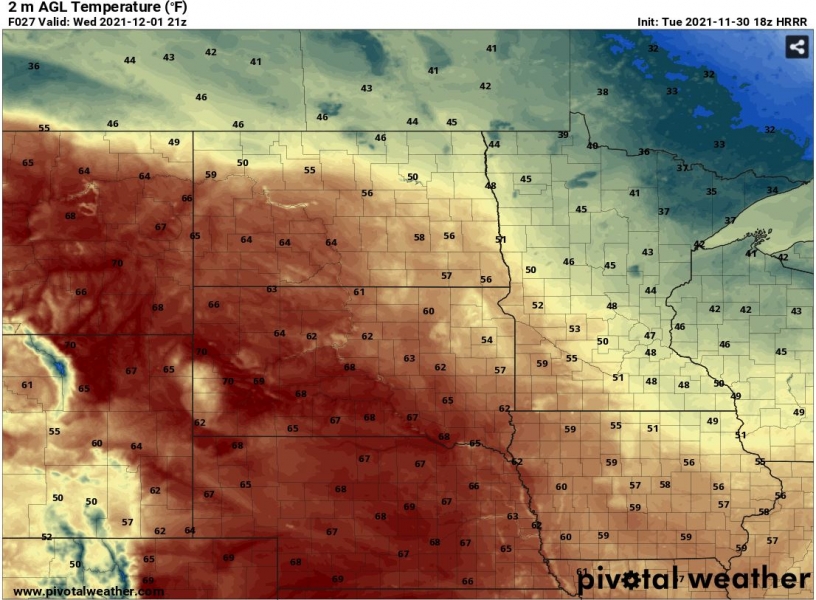 What a great way to start December. We will have a breezy Wednesday, but it will be warm with highs in mid 40's to mid 50's across the area. Winds will be from the WSW between 10-25 mph with partly sunny to mostly cloudy conditions. We stay warm on Thursday, with highs still above average, near 40. We will cool things down more into the weekend with a few chances for snow over the weekend into next week.

Still, no arctic blasts insight, but we will be keeping a close eye on that. The AO or arctic oscillation is in Positive territory and looks to remain in a positive phase for now as we head into December. The arctic oscillation or the "polar vortex" is a semi-permanent low over the north pole, which tends to wobble around, sometimes dipping into the United States, bringing frigid temperatures in the winter. When the AO or "polar vortex" is in a positive phase, it is more robust. Strong westerlies or the "jet stream" helps to hold the low in place. When the AO is in a negative phase, it tends to be not as strong, which allows it to move around due to weaker westerly winds or when the jet stream dips further down to the south.

How does the AO affect our winter?

When the AO is positive, the general storm track or storm path can reach further north and typically brings more mild temperatures. Conversely, when the AO switches to a negative phase, it could bring colder temperatures and push the storm track to the south.

Attached below is the ensemble prediction for the AO, and it looks like it will stay positive as we track into December. The AO is just one piece of the forecasting puzzle. It would suggest more mild temperatures to come and the storm track to remain more north. However, that can change as we head further into December.

Just because the storm path is more northerly doesn't mean that every storm system will track through our area. Other factors come into play. Systems could still track north or south of our location, but it is a good sign for our upcoming active pattern to round out the first cycle of the LRC. It looks like there will be multiple chances for snow as we head into the first week of December.

What is the LRC?

If you are new to the LRC, check out our winter weather outlook in the hotlinks or under the weather tab below the 7-day forecast in the article section (the link will be provided below). We also have a few great articles on the LRC, search LRC on our page, and a few short articles will pop up.

In short, the LRC or the Lezak Recurring Cycle is a mid-level atmospheric pattern that sets up every early October. This pattern lasts on average 30-60 days in length then recycles through the winter, spring, and summer before a new cycles forms. So basically, what happens in cycle one will theoretically occur again in cycle 2, or a slight variation of cycle 1.

An update on the LRC

We are currently on day 56 of the first cycle of the LRC (Lezak recurring cycle). We are still waiting for the ever-changing weather pattern to cycle back through. New model indications suggest that may happen from the end of the first week to the beginning of the second week of December, putting the cycle length around 65 days. Is that number set in stone... 65 days? No, it is not. We won't know until it happens. But once it recycles, we will have a much better indication for potential storms systems through the rest of the winter into spring.

So far in cycle one, it has been warm and active with more than an inch of precipitation (water) above average to this date from the beginning of the LRC in October. We have however, had our prolonged dry periods. Which we are now just getting out of with a few more chances for snow this week and next.

Once the pattern recycles, we will be keeping an eye on two potential storms systems rolling through about the first ten days after cycle two starts. Followed by about a two week dry period, then a third possible system. This is just the first half of the cycle. After the third potential system there are 2 more systems that tracked through plus whatever happens next week.

In summary, we have had 5 systems roll through cycle 1 so far.

Could there be more or fewer systems than the predictions of the LRC?

Well yes, within the LRC, we look at the large-scale upper-level features of the atmosphere that support these larger scaled storm systems. There could be more minor features within the large-scale pattern that are different that could develop into smaller systems in between the larger ones. The first cycle and cycle two will not be identical, but they will be similar in the upper-level scene of things. Just because we got hit hard by one storm system in cycle one doesn't mean we will get hit just as hard in cycle two. The surface low may set up somewhere else. Maybe more to the north or east than it did in cycle one, or possibly, not even at all. But the more robust the system is in cycle one, brings a higher probability the second cycle system will be strong as well. We won't know how strong the systems will be until we get 2-7 days from the event.

Tuesday: A high near 39, mostly cloudy and a wintery mix from 5-10 PM. May cause some slippery roads. Winds from the south 10-20 mph

Tuesday night: Clear after midnight. west winds between 10-20 mph with a low near 30.

Wednesday: Warm and breezy. A high near 54 with WSW winds 10-25 mph, partly sunny, and a 10% chance for an isolated sprinkle

Weekend: Partly sunny to mostly cloudy. Highs near 32 Saturday and 27 on Sunday. winds generally 10-20 mph with a 30% chance of snow late Saturday into Sunday afternoon. (looks like minor accumulations as of now)

Next week: Temperatures look more average in the low 30's on Monday and 20's on Tuesday with another chance for snow. 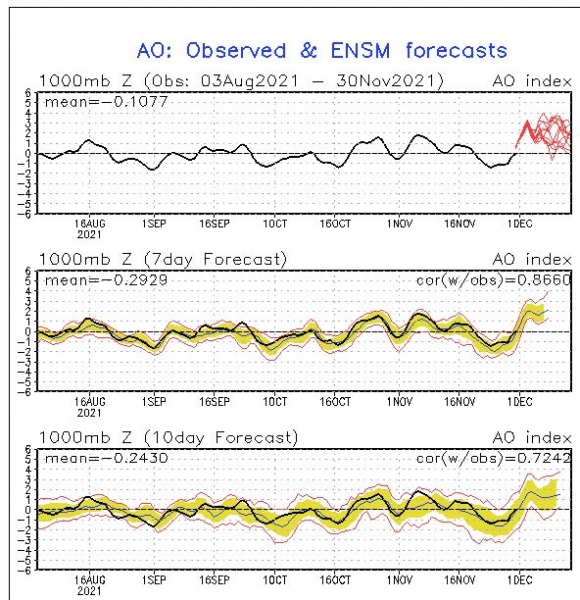