Holiday Traveling Impacts? Snow Through The End Of The Year! 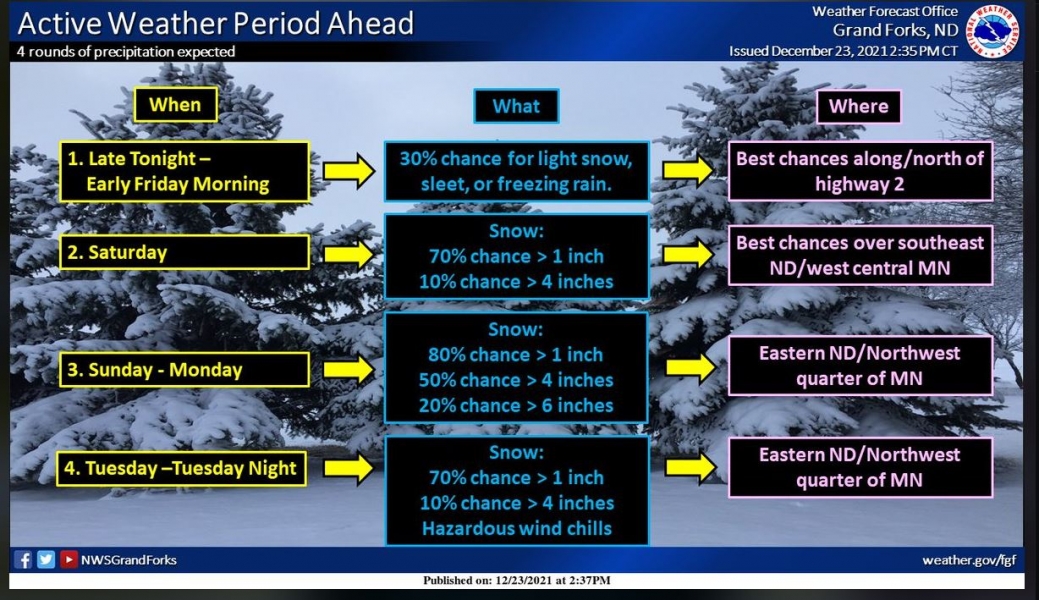 As we head through the weekend into next week, it looks like we will see multiple chances for measurable snow. 3 of these systems look like they may bring some impactful, and measurable snowfall across the area. followed by arctic air mid to end of next week with highs in the negative single digits and dangerous windchill!

Our first snow system arrives on Saturday. This will start late Saturday morning through the day into Saturday night. A wide area of 1-4" of snow looks likely with the potential for snow "banding" to create a band of 3-7 possible. Where that sets up or at all still remains uncertain.

System two arrives Sunday into Monday morning. This system looks stronger but exactly where it tracks remains a little uncertain and will affect the snow forecast. Still early to give exact snow amounts on this storm but the probability for higher snow totals is much greater than our Saturday "storm". A ~80% chance of 1" or more, about a 60% chance for 3" or more, and a 20-30% of 6" or more. Make sure you check back here on this storm! More details and impacts will be revealed as this system comes more into focus!

System three comes on Tuesday. Impacts are possible, this looks similar to system 1. There's a 70% chance for an inch or more, and only a 10% chance for 4" or more. This will likely change as it comes more into focus.

Looks like we're ending 2021 with a bang! Pretty fitting for the year we've had huh?

Attached below are 3 of our long-range models from Thursday morning (12/23/21). The American GFS, the European ECMWF, and the Canadian RDPS model, as well as the NWS National Blend of Models, on estimated total snow accumulation through the end of the year. Keep in mind these are only numerical computer model solutions, and the further out you look the more errors there are within the model based on making assumptions. But it does seem like everyone will be getting some amount of snow through the end of the year. 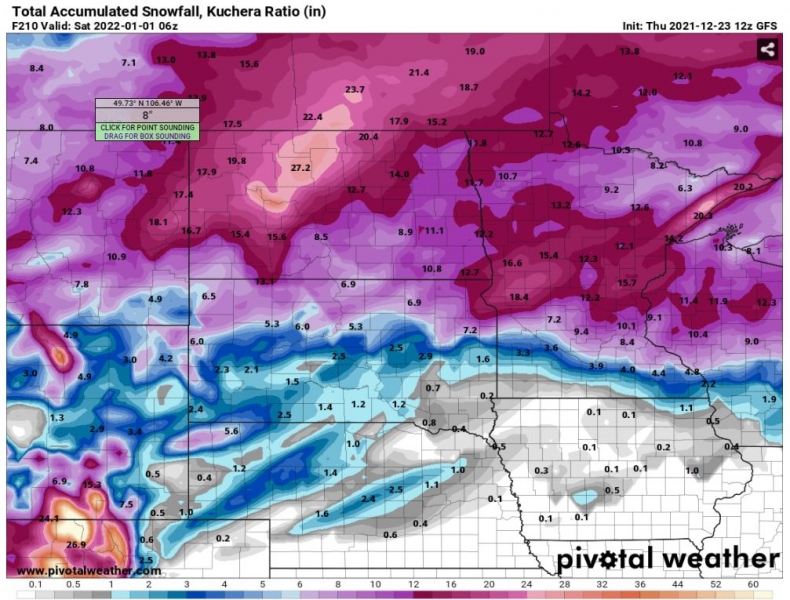 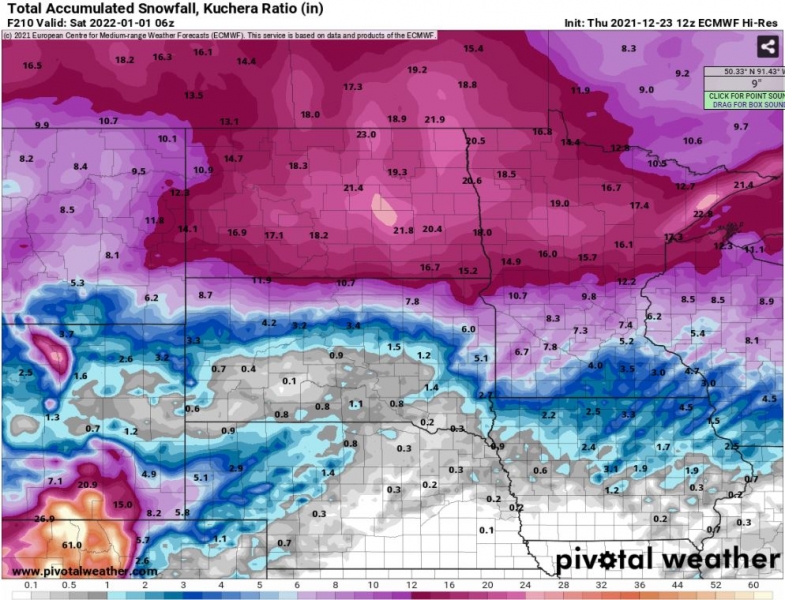 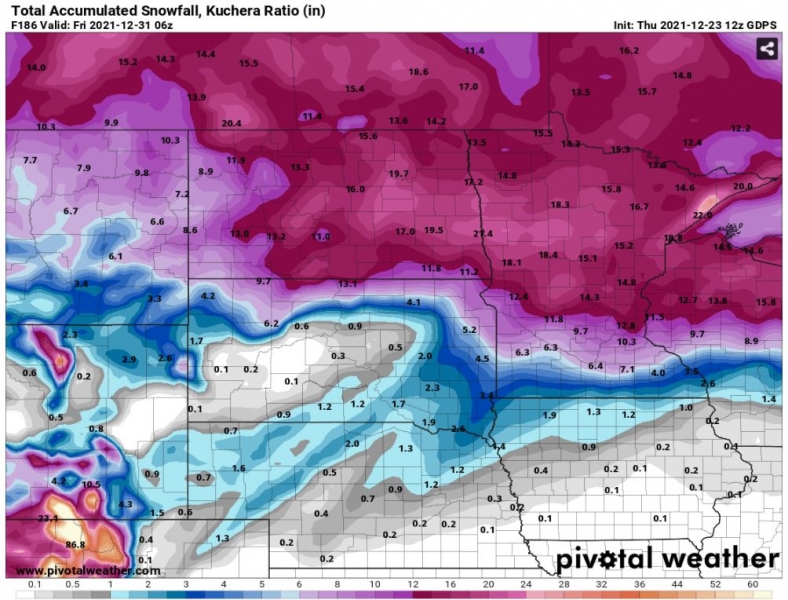 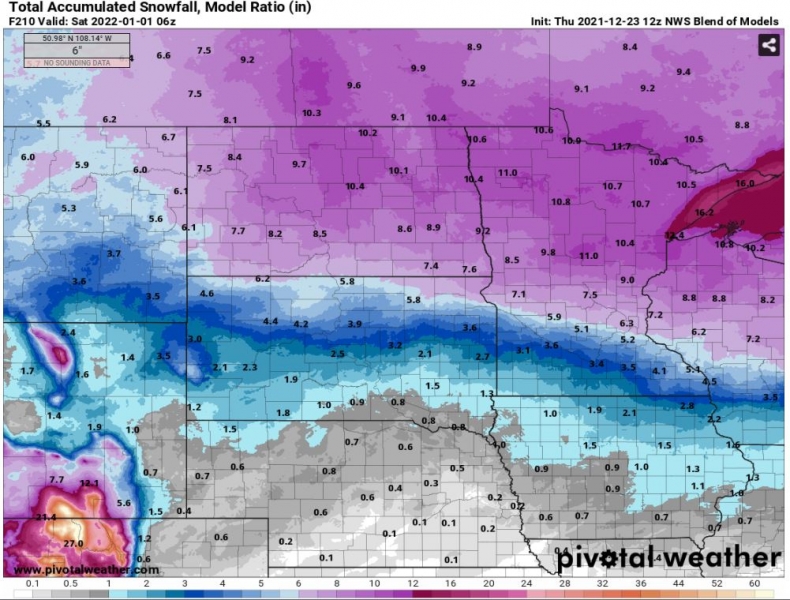