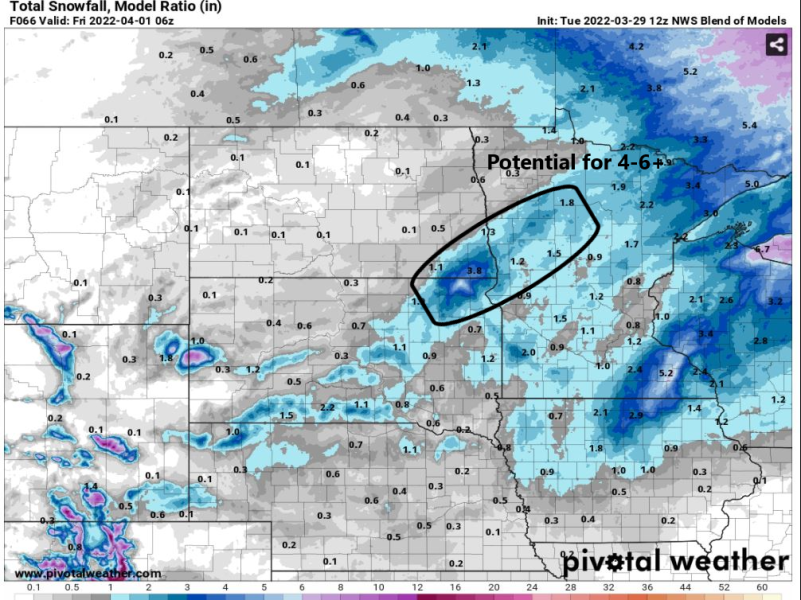 Scattered rain showers will continue across the area this afternoon into the evening, where it will then turn over to a wintery mix and then snow tonight as temperatures fall to near 30. Wind remains strong this afternoon, 15-30 mph and gusty, but will lighten up as we head into tonight. Wet roads from today will freeze tonight, leading to some slippery roads Wednesday morning with partly to mostly snow-covered roads in the southern valley and Lakes Country, MN. Unfortunately, the wind will pick up on the backside of this storm system as it moves further east. The wind will turn from the north northwest tomorrow morning between 20-40 mph. Snow showers will diminish through the morning, leaving behind a chilly, cloudy, and windy afternoon with temperatures in the upper 20's to lower 30's. The wind is lighter on Thursday, and temperatures will recover into the weekend with highs back in the 40's!

There is a bit of uncertainty about how much snow will fall for snow amounts. The northern valley looks to escape most of this with just a light dusting up to about an inch, and some localized areas may see slightly higher amounts closer to 2. The uncertainty in the forecast resides in the southern valley and east into Minnesota. I have this area circled on the attached image above. Most of the area within the southern valley will fall in the 1-3" range and extend over into Lakes country. The uncertainty comes in at when does the transition occurs and how much will fall as rain, sleet, and then snow. If the transitions happen sooner than expected, then that band of 4-6+ may develop within the southern valley into Minnesota. Temperatures will only drop to near 30 tonight, so we're only playing with a couple of degrees of wiggle room where most of this could be rain and sleet. I lean more on the lines of the 1-3" range in Fargo, but higher amounts will be possible.

The snow that falls will be the heavy and wet variety and begin to compact as it falls, so blowing snow isn't my greatest concern. Instead, I turn my attention to slippery roads being more impactful. Expect some reduction in visibility in the morning while snowing with the 20-40 mph winds, then just some patchy blowing snow possible after snow showers diminish and push southeast by mid to late morning.

Attached above is a deterministic blend of models on expected snowfall, plus or minus 1; attached below are a couple of models that resolve the heavier potential snow band mentioned above. 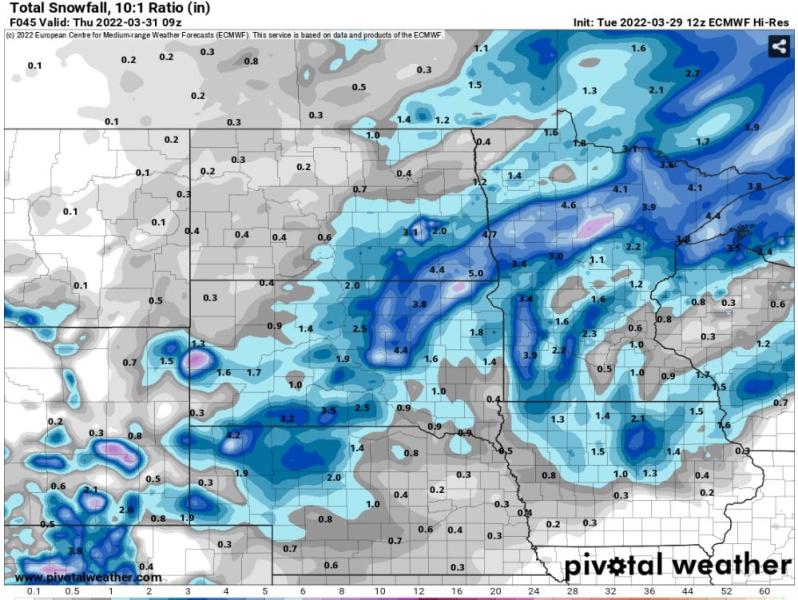 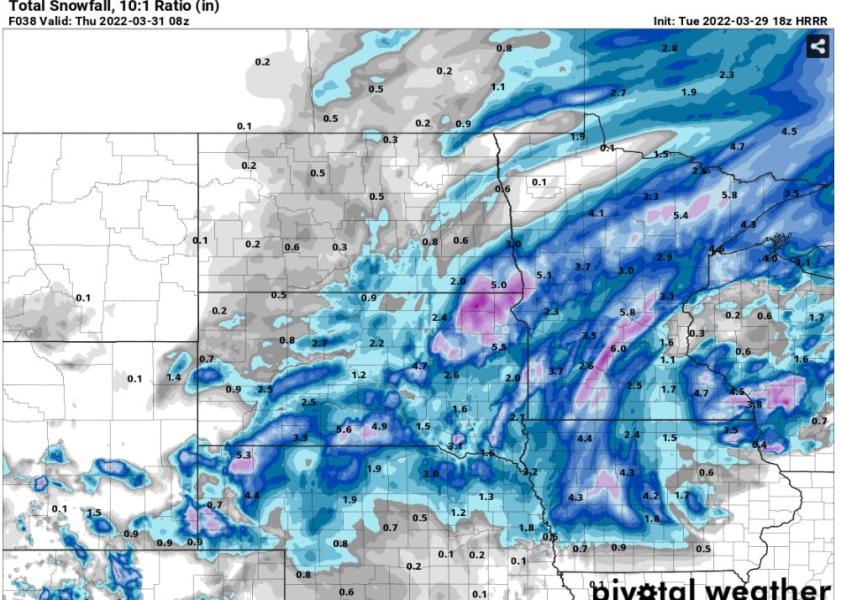 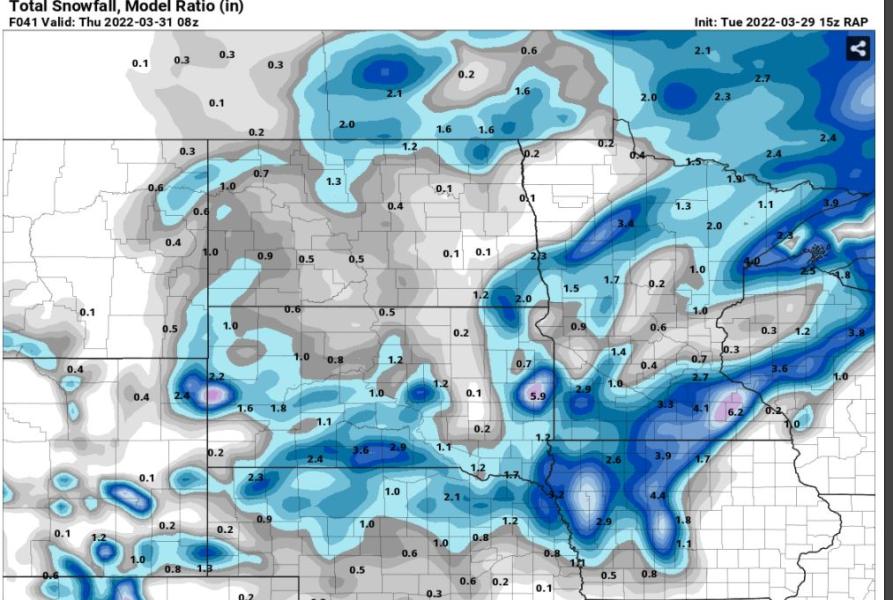