Weekend And Next Week Outlook 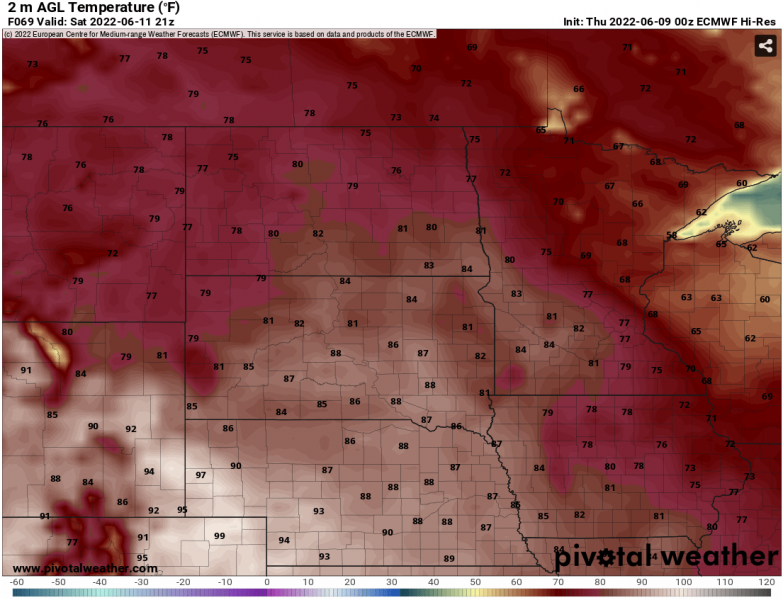 Another relatively nice weekend looks to be setting up, but it will come with a few chances for storms into the beginning of next week.

As we round out this week, temperatures will remain in the upper 70s to lower 80s with light wind and low humidity. Today we will experience increasing clouds through the afternoon, with a very slight chance for a light isolated sprinkle or two in the area, mostly west of the valley. Tonight a slightly higher chance for an isolated shower (20%) with mild temperatures only dipping to the mid and upper 50. Friday will be very similar to today, with a couple of light showers possible in the early morning, then light wind and partly cloudy to partly sunny through the afternoon. There will be another slightly higher chance for some scattered showers pushing in by the evening and overnight (40%). Although, not expecting much moisture out of these showers, only about a quarter of an inch or less, slightly higher amounts will be possible.

Showers will exit early Saturday morning, a little later into the mid-morning over in Lakes Country. Then partly cloudy to partly sunny across the area and relatively pretty dry through the afternoon. Humidity will increase through the day with a SSE wind between 10-25 mph, with temperatures reaching the upper 70s and lower 80s. There will be a slight chance for a few showers or thunderstorms in the later afternoon (20%). A similar day will follow on Sunday, just a touch warmer and a slight chance for showers (20%), a better chance overnight. Even though the forecast contains a chance for some scattered showers and storms doesn't mean this weekend will be a wash. There will be dry hours mixed in throughout the day!

A more likely chance for rain and storms will establish itself on Monday into Tuesday, where a couple of storms could be stronger to severe. It is going to turn windy as well, with gusts up to 40 mph from the south on Monday, and up to 35 mph on Tuesday as a cold front passes by the afternoon bringing in cooler but still pleasant temperatures for the middle of next week with drier weather.

A heat ridge looks to be setting up as I peek into the end of next week for Fathers Day Weekend. This would heat us up likely into the upper 80s and 90s, with 100s likely to our south and a possibility for severe weather towards the end of the weekend. We will monitor this closely as it could be our first "heat wave" for the area this summer and a possibility for severe weather in the area, which follows in line with the LRC Forecast from earlier this year.