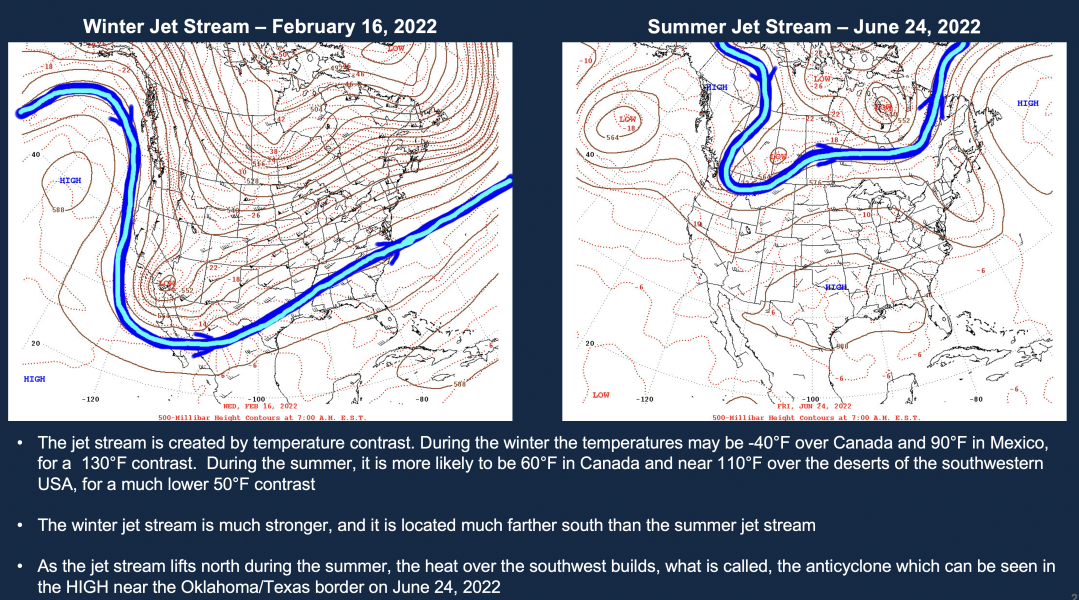 The more I study the LRC the more I'm amazed by it!!! We have been able to ACCURATELY predict numerous severe weather outbreaks here in the Valley MONTHS in advance. The technology the LRC holds is INCREDIBLE. If you have any questions about the LRC, shoot me an email at weather

Here is an article about this summer's LRC outlook enjoy!!!

The 2022 LRC summer pattern is now in progress:
This first map is incredible to my weather mind. I have been tracking the LRC since the 1987-1988 winter season. In the past couple of decades we have shown how the jet stream retreats north during the summer and how it weakens. It actually reaches its weakest strength and farthest north position in late July into the first week of August, and then it gradually begins strengthening again. Here is a great look at that retreating jet stream:
The upper left map shows the pattern on February 16, 2022. The map on the right shows the pattern on June 24, 2022, or 128-days later. Remember the river of air flowing above us is cycling at close to 64-days this year, as we have been showcasing right here on this site. 128-days is exactly 64x2. So, this is cycle 3 and cycle 5. Just yesterday, I lined up all five cycles on June 27th. The same pattern is continuing, but what does this mean for summer?

On June 24, 2022, the “anticyclone”, or heat wave creating machine, was centered near the Oklahoma/Texas border. The jet stream has retreated north, and yet the same pattern continues to cycle. Monsoon moisture has been spreading across the southwestern United States, and look at what the rainfall patterns have been in the past 30 days:
The first thing that pops out is the rain in New Mexico and Arizona. The summer monsoon began with a bang, and a lot of rain. This is a strong signal of a strong summer monsoon season ahead for that region.

This also is important for areas north and northeast of the monsoon region. Why? As the jet stream weakens and lifts north, the spring severe weather hot spots (where severe weather returned over and over again on the LRC cycles), will interact with the summer monsoon. This creates a somewhat new summer version of the hot spots where certain regions will get hit by heavy rain events, and something to monitor in the coming days and weeks.

In analyzing the first series of maps, take a look at North Dakota. The blended version shows the prediction from all four cycles blended together, which indicates 100% to 160% of average rainfall over eastern North Dakota into western Minnesota. The cycle 3 only version of the LRC shows that same area with 40% to 110% of total rainfall for the same region. Let’s see how it plays out in the next six weeks as the monsoon interacts with the weaker jet stream.

Eastern North Dakota is showing around 6” of rain between now and the end of September, on this cycle 3 version. The blended version has 10” of rain in the same time frame, which incorporates all previous four cycles. It will likely fall somewhere in between these totals.

This forecast shows a cool start to July, and this was a forecast from February for this period. And, it appears to be spot on as temperatures are predicted to be in the 70s as we begin July. The biggest warm ups are likely at the beginning end July into early August and toward the end of August. 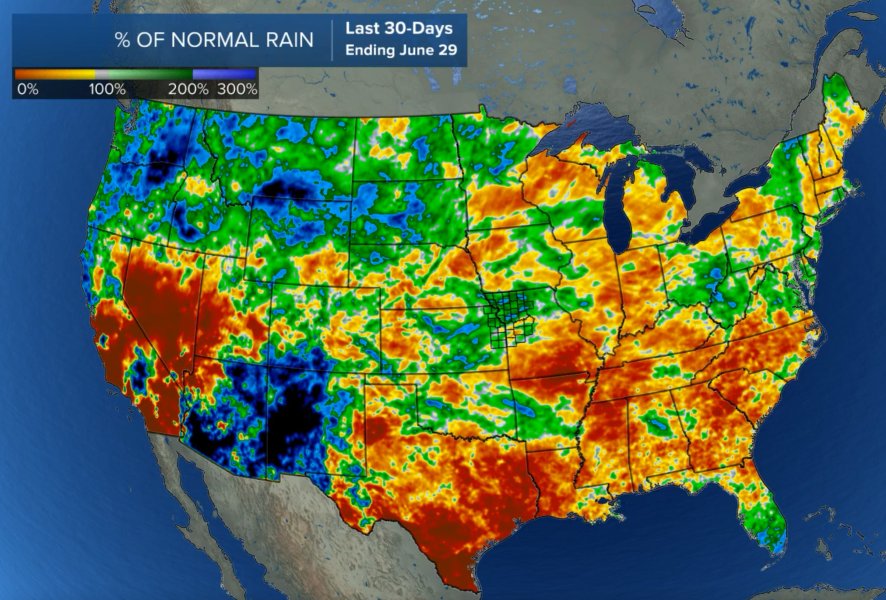 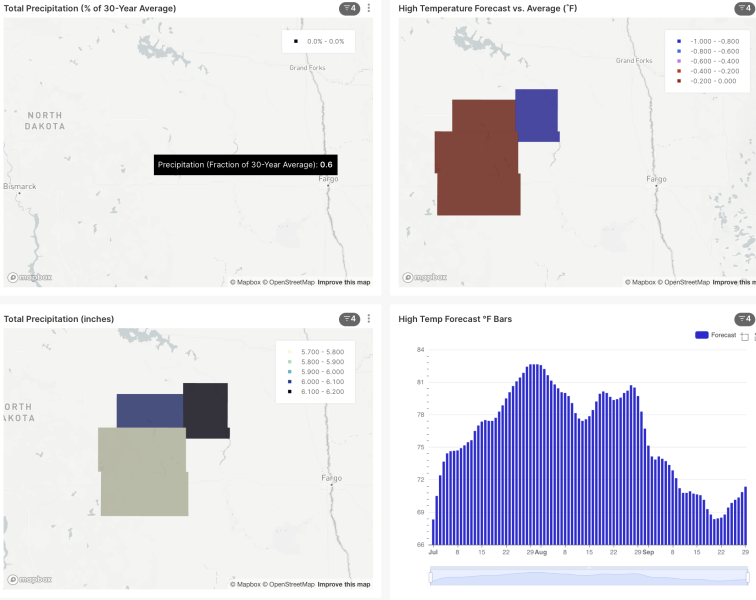