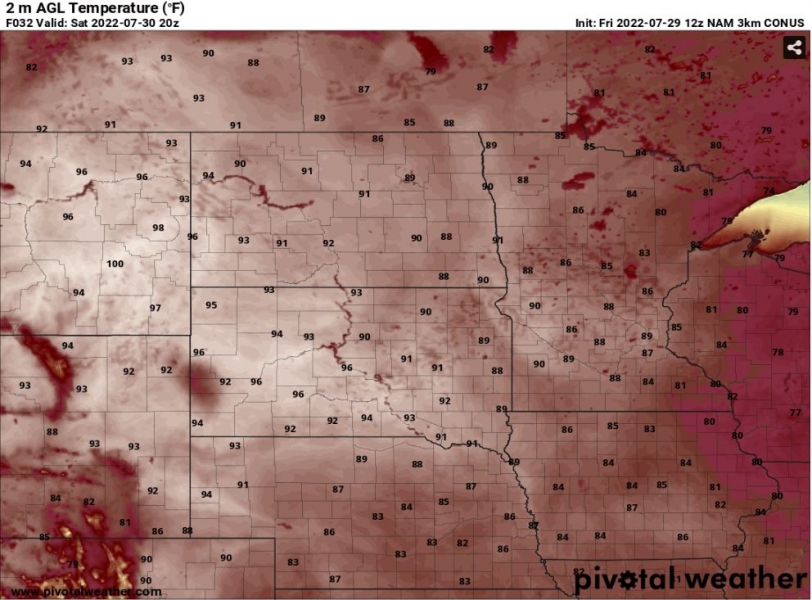 The upcoming weekend looks pretty nice with summer heat returning to the valley. Near 90 on Saturday with a subtle breeze around 10-20 mph from the SSE. It will be possible to pop off an isolated shower Saturday late afternoon and evening, but most areas will remain dry. Saturday night, we will introduce another slight chance for an isolated thundershower. Another possibility for a couple of showers and storms will exist on Sunday, but that's favoring more east of the Red River Valley. The rest of the day will remain partly cloudy with high temperatures in the 80s to low 90s possible, with a SSW turning to the NW after a cold front passes through the afternoon between 10-25 mph. That weak cold front will bring us our chance for some storm, but as mentioned, it looks to "favor" east of the F/M area.

What about next week?
Well, it appears to feel more like summer as a heat ridge builds through the central portion of the country. Temperatures in the 80s and 90s will continue into next week. After a cooler start to the week on Monday with highs in the lowers 80. Upper 90s will return for Tuesday with humid conditions. The heat and humid conditions will bring in a possibility for storms Tuesday evening and night as a cold front is expected to pass through. However, computer model guidance isn't sold on when that weak front will pass through... A couple of our models want to hold it off until Wednesday vs Tuesday evening. I will monitor this, but I fall in line for Tuesday evening vs. Wednesday. Summer warmth will stick around through the rest of the week into the weekend, with only a couple of slight chances for some spotty/scattered showers and or storms.