Day To Day Chance For Flurries And Snow Showers 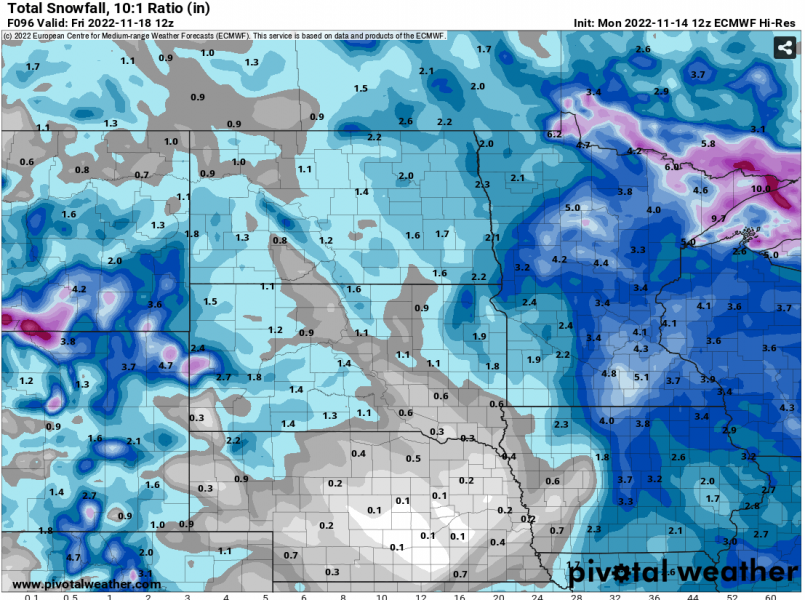 After last night's snow showers which lead to about two to three inches of snowfall in Fargo and a general one to three around the area, more snow showers are in the forecast. Twenties look common for highs through the first half of the week before teens rush in for the back half.

Snow flurries are possible for today but mixed in with some filtered sunshine will help melt off some of those partially glazed roads from this morning. Wind remains fairly light as well through the first half of our work week before winds increase as a cold front hits Wednesday night. Flurries are possible again tonight otherwise mostly cloudy with light wind turning to the north around 5-10 mph.
A slight breeze will pick up on Tuesday, around 10 mph from the north. Mostly cloudy again with a slight chance for a few snow showers/flurries. I am expecting just a light dusting to about an additional inch or so tonight and Tuesday.

The wind starts to pick up on Wednesday, between 10-20 mph, once again some scattered snow showers are expected but mainly after dark and overnight with mainly cloudy skies. A cold front will hit Wednesday night leading to windier conditions on Thursday with scattered snow showers and temperatures falling into the teens. Wind will be gusting upwards of 30 mph from the NW on Thursday with patchy blowing snow and some reduction in visibility possible, mainly in open country.

Wind will begin to lighten up on Friday with an additional slight chance for some flurries/snow showers into Saturday. With a little here and a little there, 1-4 inches of additional snow look possible through the week ahead around the F/M area favoring just east into Minnesota.
I don't see any "big" storms in the Northern Plains for our upcoming Thanksgiving holiday. 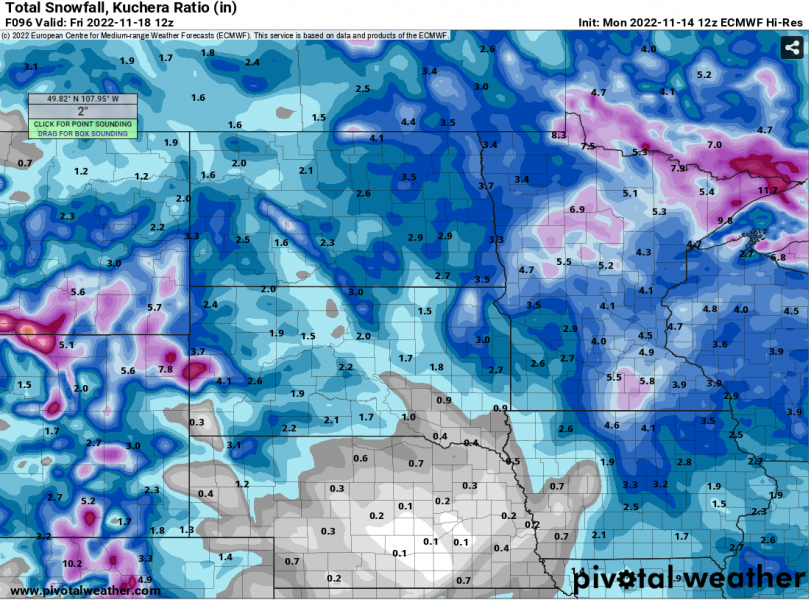