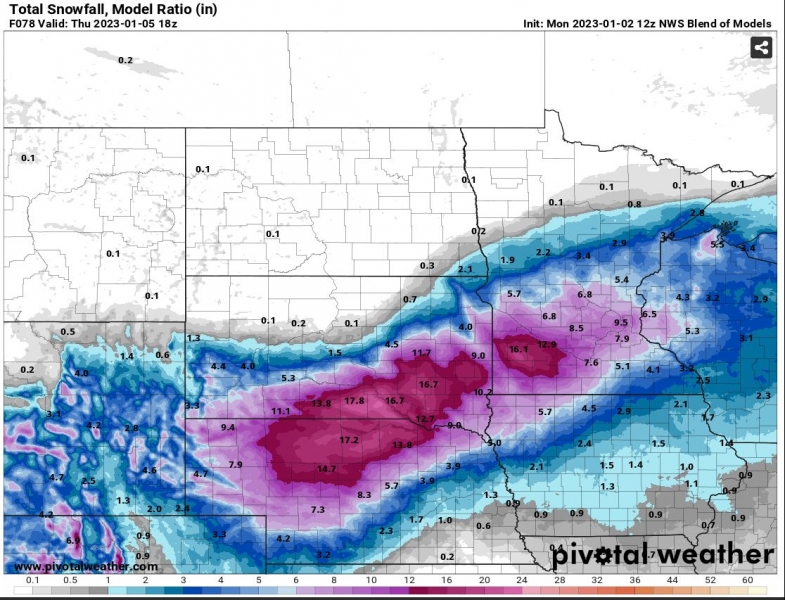 A winter storm will affect areas of South Dakota and Nebraska today, then track northward into Minnesota and Wisconsin overnight into Tuesday and Wednesday. This storm will impact travel if you plan on heading down to Frisco or have other traveling plans this first half of the week. I would wait until Wednesday afternoon or Thursday morning to allow time to clean up a swath of 12-18+ inches of snow with localized areas upwards of two feet. Ice will also be an issue from freezing rain in portions of Nebraska, South Dakota, Iowa, and Minnesota with strong winds. Here the North Dakota, we will dodge this one, or at least most of it... I say that due to a slight chance for some stray snow showers from Fargo up to Bemidji, where a dusting to an inch or two looks possible late in the day Tuesday into Wednesday morning, but most of all of this should remain from those points southward where areas of the far southern valley into Lakes Country Minnesota, could see 1-5 inches of snow.

Outside of the storm system tracking south, things remain pretty calm, cloudy, and foggy for the next couple of days with a slight chance for scattered/isolated snow flurries here or there through Wednesday afternoon. Dense fog looks likely tonight into Tuesday morning with lingering fog through the afternoon. More patchy fog, and dense fog looks possible Tuesday night into Wednesday with temperatures in the teens for the most part. Winds look to remain fairly light as well outside of Tuesday/Wednesday, where winds will be between 10-20 mph with a few gusts slightly higher... a general 5-15 mph wind is what I expect for the rest of the week. 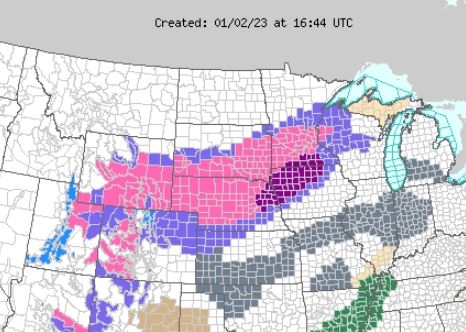