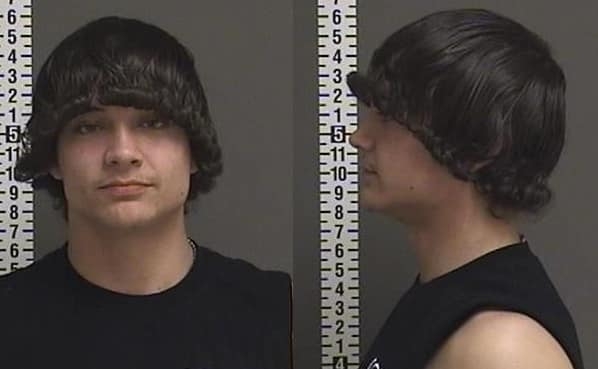 UPDATE 9:30am- Fargo Police says the suspect in the M&H robbery from Wednesday is still at large. Hunter David Havisto should be considered dangerous and citizens should not approach or attempt to make contact, and call 911. Havisto is also considered a suspect in two robberies that occurred on Tuesday, June 8th. The first one occurred at Walmart at 4731 13th Avenue South at about 7:13 p.m. and the second occurred at Casey's at 2902 13th Avenue South just before 8:00 p.m.

UPDATE 8:28pm- Fargo Police detectives have identified the suspect in the M&H robbery as Hunter David Havisto, 21, of Fargo. Police say their officers have broken down the perimeter and the suspect has not been located.  The investigation is ongoing.

(Fargo, ND) -- Fargo Police are on the hunt for an armed robbery suspect.

Wednesday at about 3:55 p.m, officers were sent to the M&H Convenience Store at 1602 Main Avenue for an armed robbery with a handgun. The lone suspect got away with an undisclosed amount of money. There were no injuries reported.

Officers set up a perimeter in the area in search of the suspect described as a heavily dressed white male wearing a mask and gloves. The perimeter was closed and the investigation is ongoing.

Anyone with information regarding these robberies are encouraged to call investigations at (701) 241-1405.

Tips may be submitted with keyword FARGOPD to 847411.