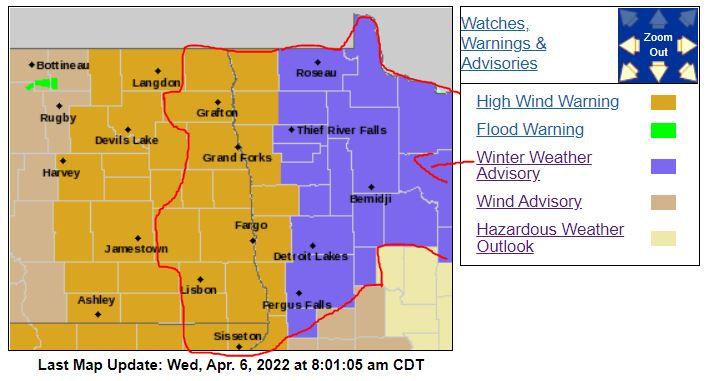 It's a typical spring winter storm and right on schedule, according to the LRC! We mentioned a few months back to watch out for a potentially big storm around the first week of April, and here we are! A winter weather advisory is in effect today through 1:00 PM CDT Thursday. Additionally, a high wind warning today through 7:00 PM CDT Thursday. Today snow with rain mixed in from time to time through the valley, but mainly on the east side of the river until it fills more into eastern North Dakota later this afternoon into the evening hours. It will then turn over to wet snow tonight into Thursday. Strong winds today from the NNW between 20-40 mph and gusting as high as 60 mph, when mixed with snow, may cause whiteout conditions. This afternoon, you should plan on slippery roads east into Minnesota, then slippery roads into eastern North Dakota this evening, overnight, and tomorrow morning.

Scattered snow showers and bands will continue tonight, where most accumulation will occur with strong winds as temperatures drop into the lower 30's. This likely will lead to slippery roads and reduced visibility Thursday morning as snow showers continue. The snow showers will exit the area by Thursday late morning to early afternoon, but it will remain windy with strong NNW winds between 25-50 mph gusting higher at times. Most of eastern North Dakota and the Red River Valley will fall into 1-5 inches of snow. Devils Lake to Jamestown, between a light dusting of snow and 2 inches. Around the Fargo area, 2-4" but banding could result in slightly higher amounts up to 6". (This will remain uncertain until the snow bands start to form overnight. The uncertainty area is highlighted in the image attached below). Into the northern valley, amounts fall into the 2-5" range, localized areas could see slightly higher. The bulk and heaviest snow will fall east into Minnesota, Lakes Country, and north between 6-9+ inches of snow. Regardless of exact amounts into going to be icky weather for most of us, with slipper/slushy roads, strong winds causing areas of reduced visibility while snowing, and partially to mostly snow-covered/slushy roads (primarily east) today, and eastern ND tonight and tomorrow morning.

Conditions will improve into Thursday afternoon as snow exits, and the wind will lighten up on Friday, but I would still consider Friday windy, with gusts up to 30 mph. Temperatures will warm into 40's over the weekend, with a slight chance for rain showers on Sunday. Then I turn my attention to the middle of next week. Another potential big storm looks to track somewhere within the Northern Great Plains. 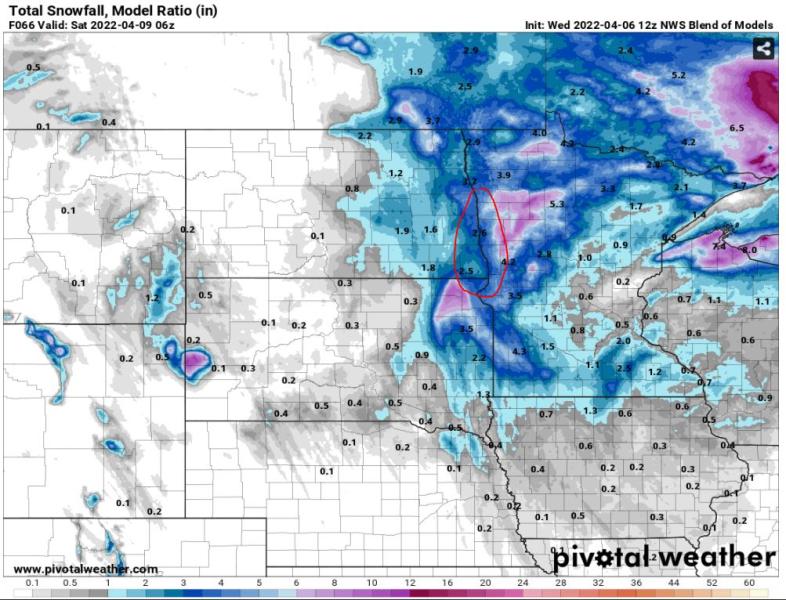 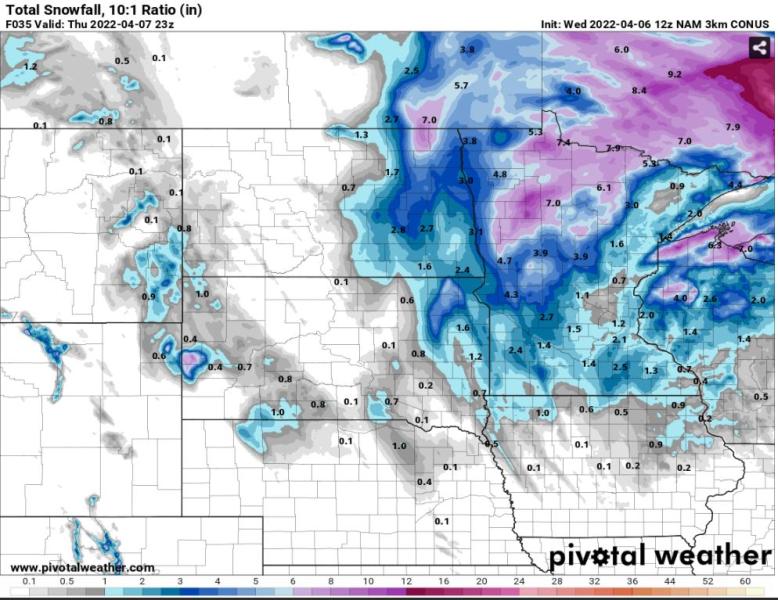 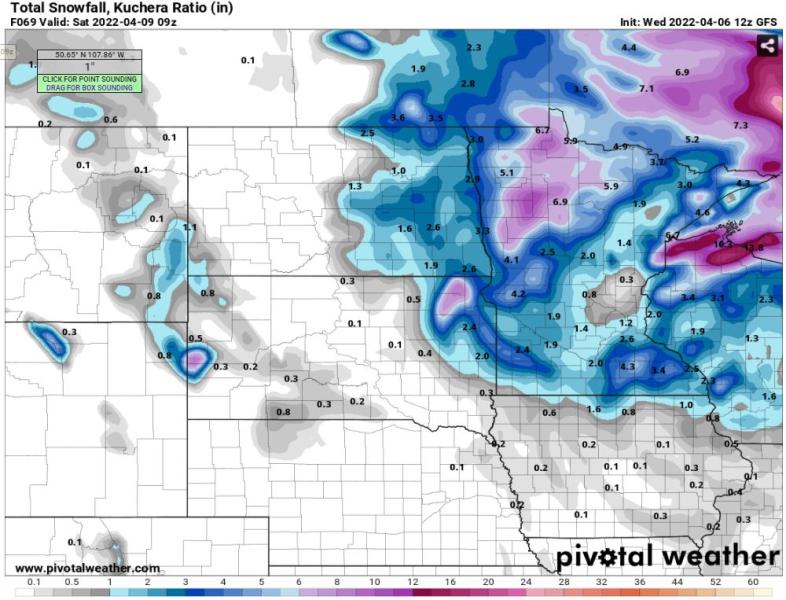 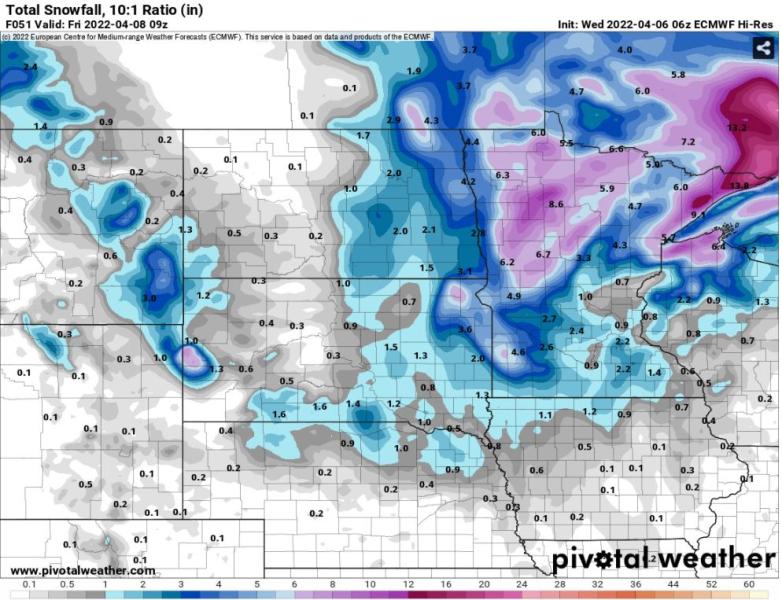